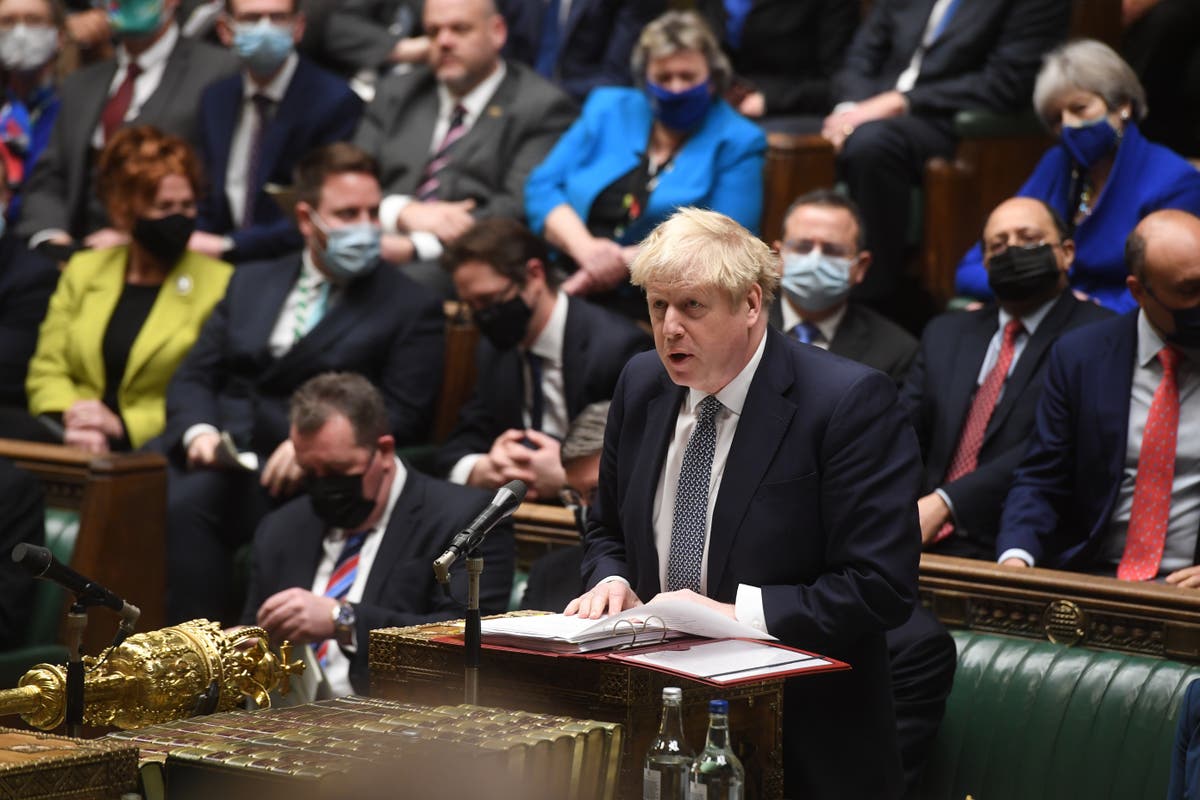 There were widespread calls for his resignation following his apology during the Prime Minister’s Questions (PMQ) for the second day in a row of nearly unilateral negative coverage by the press of Boris Johnson.

Mr Johnson admitted at the start of the PMQ that he attended a lockdown party at Number 10 Gardens on May 20, 2020. He offered an apology, but said he felt it was classified as a work program and would therefore fall under the rules.

In response to repeated calls from members of opposition parties to resign, including Labor leader Sir Keir Starmer, Mr Johnson called for an official inquiry to be allowed to “establish the facts”.

Much of Thursday’s media coverage focused on the growing discontent within the PM’s own party.

The Guardian says his future is on a ‘knife’s edge’, with some Conservative MPs openly calling for his resignation, while others speak off-the-record.

Senior Tory backbenchers William Ragg, Douglas Ross and Carolyn Knox have openly called for Mr Johnson’s resignation, while a Conservative told the paper that he “apologised not for what he did, but for the things that happened.” May or may not happen, which they officially know nothing about until Sue Gray tells her about it”.

Another MP said, “I haven’t seen such a half-hearted apology since my child has apologized for spilling all the milk”, while the newspaper said that some MPs raised concerns about the leader’s possible chance of hanging. were more optimistic.

The Daily Telegraph where Mr Johnson once worked as a journalist focused on the alleged tension between Chancellor Rishi Sunak and the PM.

The paper added to speculation that Mr Sunak is eyeing the top job, and said he kept Mr Johnson “in the sprout” when he said it was right for him to apologize, but shrugged off an endorsement.

“Mr Sunak’s lukewarm message came when he failed to appear in the Commons to hear the Prime Minister’s apology, instead his advisers traveled to Ilfracombe, a pre-arranged visit,” the newspaper wrote. wrote.

The Times included a poll with the prime minister besieged, showing the Tories have fallen to their lowest poll ratings against Labor in nearly a decade. The paper also leaked reports that Mr Johnson told Tory lawmakers after the PMQ that he did not believe he had personally done anything wrong.

The front page of the Metro sent a clear message that the newspaper half-heartedly accepted Mr Johnson’s apology, titled “Sorry… not sorry”. The newspaper said a Tory backbencher called the prime minister a “walking dead man”.

The Daily Mirror ran a line on its front page questioning Sir Keir in the PMQ and calling Mr Johnson a “shameless leader” fighting for his political career.

Another line from Labor was featured on The Independent, with “a man without shame” running on the front page. The newspaper’s chief political commentator John Rentoul said a Tory MP told him the prime minister’s defense was not enough to save him.

I focused on the PM’s own party’s anger, Conservative MPs starting to hand over no-confidence letters to the leader. They need 54 such letters to start a leadership competition. The newspaper also said Mr Johnson’s excuse that he thought he was at a work event was greeted with “public ridicule”.

The Daily Express asked the PM to prove he could “deliver” and Sun said Mr Johnson was just clinging, while Dr.The Ily star called the premiere a “amnesia”, telling the nation “the rules are only for you little ones. After months of speculation about lockdown parties at No. 10, the much-anticipated PMQ session has left the rest of the world.” attracted the attention of most of the world’s media as well.

In the US, The Washington Post has asked several UK news outlets in recent days the question: is the party really over for Boris Johnson? And The New York Times reports that the PM “under fire” is on the defensive after a series of “moral lapses”.

The German national newspaper Sudeutsch Zeitung published an opinion piece under the title “Boris Johnson does not rule”. He plays only the premiere ”and the Italian COriere della Sera said “even conservatives” are ready to oust the “overwhelmed” PM.