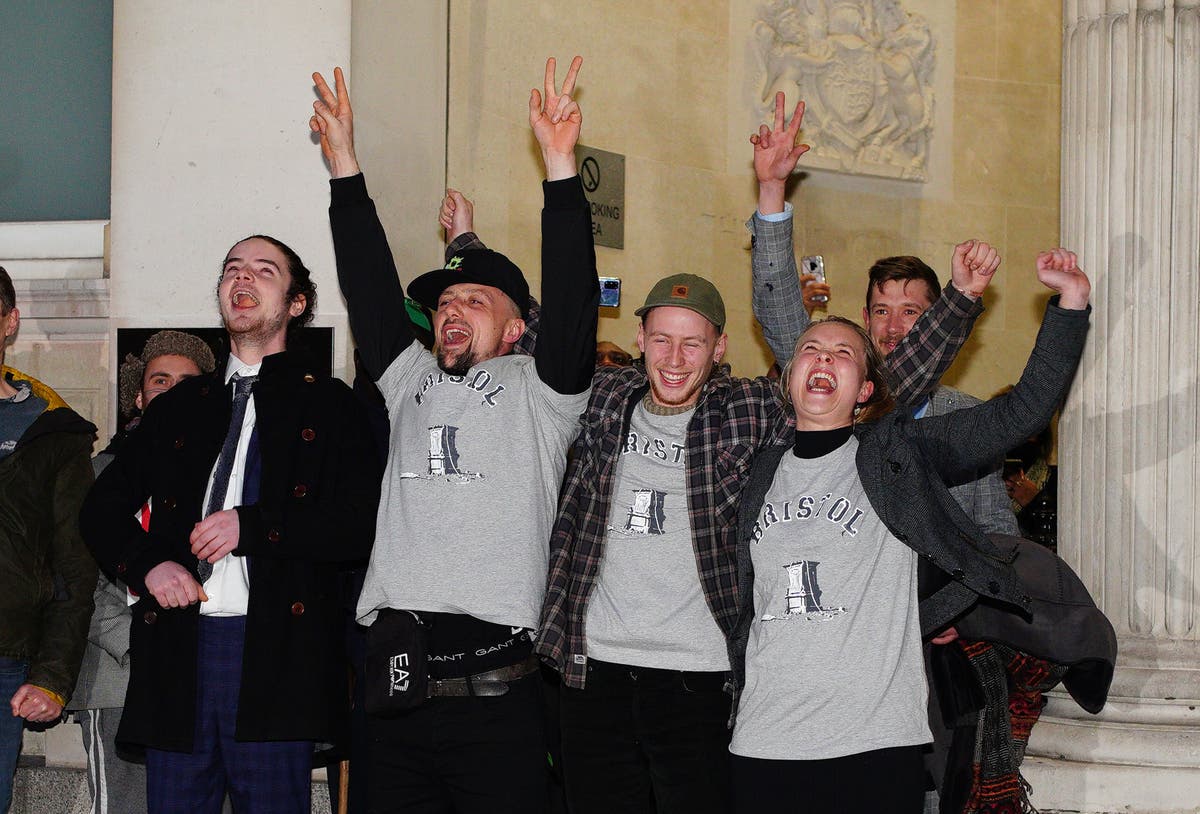 TV historian Professor David Olusoga has said the jury’s decision to remove four men of criminal damages after the toppling of a statue of slave trader Edward Colston is a “milestone” in Britain, drawing references to its history.

A 17th-century bronze monument is pulled down during a Black Lives Matter protest in Bristol on June 7, 2020, before being rolled over in the water in the wake of the killing of George Floyd by a police officer in the US.

Professor Olusoga, who supported the defendants and provided expert evidence on the history of slavery, told the Guardian: “This verdict is a milestone in the journey that Bristol and Britain have to come to with the totality of our history.”

He continued: “For 300 years as Edward Colston was remembered as a philanthropist, his role in the slave trade and the many thousands of his victims were left out of the story.

“The desecration of the statue and the passionate defense made in court by Colston Four have made the deliberate policy of historical myopia now impossible.”

However, others have condemned the decision to set a precedent for future attempts to pull down other statues.

Nile Gardiner, a former associate of Margaret Thatcher and director of the Margaret Thatcher Center for Freedom at the Heritage Foundation, told the Telegraph: “It sets an extremely dangerous precedent. The result of this decision would be that mobs would try to vandalize statues across the country – this gives the mob the green light. This is unacceptable in a free society.”

Legal expert Adam Wagner said on Twitter: “This is an unusual result, but also a prosecution that has always run the risk of not finding a jury guilty. This is what jurors sometimes do, a sort of social pressure release valve.

“It does not set a legal precedent because it is a decision of the jury and on its particular facts – any person who has caused damage to property in the future will have no way of knowing whether the jury will convict or acquit them.” The law is as it was.”

None of the defendants denied their involvement in the incident, but claimed that the presence of the statue was a hate crime, and therefore its removal was not a crime.

In short, Judge Peter Blair QC asked the jury to disregard such rhetoric about the weight and consequences of their decision and try the case solely on the evidence before them.

Prosecutors said during the trial it was “irrelevant” to who Colston was, and that the case was outright criminal damages.

Miss Graham and Mr. Ponsford brought ropes to the scene, while Willoughby climbed up to pass the ropes around the statue’s neck.

Mr Skuse was charged with driving the crowd 500 meters to the port and throwing it inside.

But the jury acquitted the four accused after only three hours of deliberation.

Speaking with protesters outside the courtroom with banners reading “We Took Colston” and “Glad Colston Gone”, Mr Willoughby denied he was trying to edit history.

He said: “We didn’t change history, they were whitewashing history by forgiving (Kolston) for swearing – a ****** noble man.

“We didn’t change history, we corrected it.”

Speaking outside the courtroom, Ms Graham said she was “overwhelmed” by the jury’s decision.