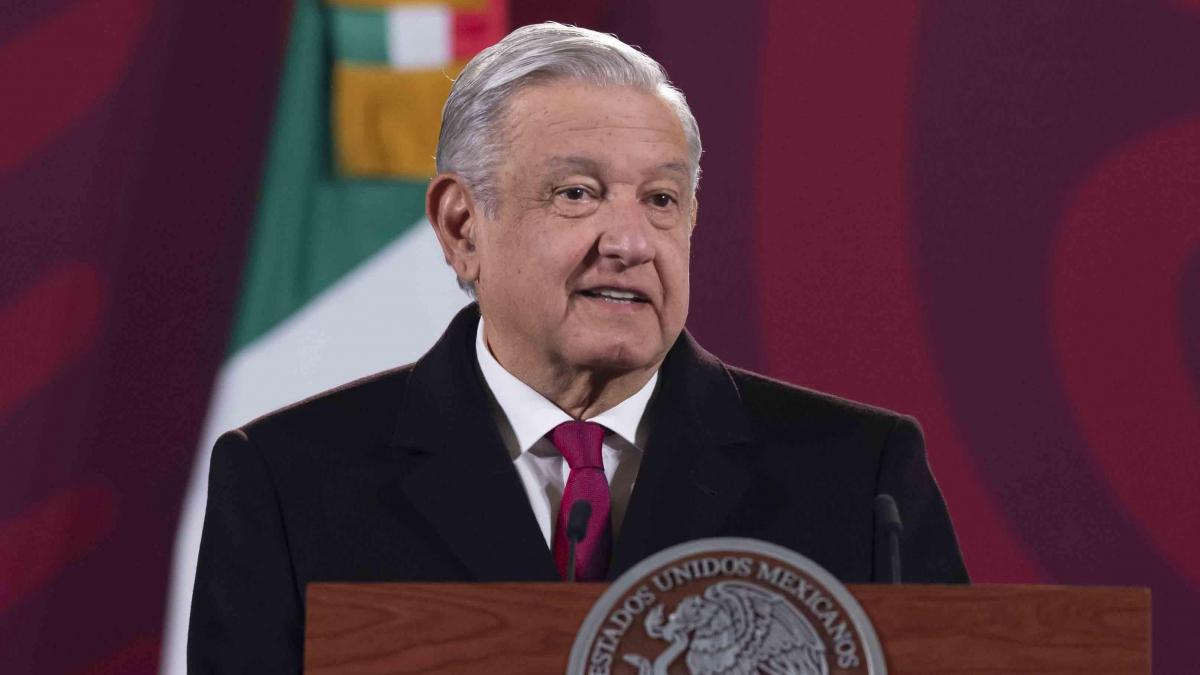 Almost a year after being infected with COVID, President Andres Manuel López Obrador reported that he tested positive again after taking a test hour after attending a morning conference with throat problems, in which he spent two hours ; Apart from this, the infection has reached the secretaries and governors in the last seven days.

He said on his Twitter account, “I inform you that I am infected with Kovid-19 and although the symptoms are mild, I will be in isolation and will only do office work and communicate until I move on.” go.”

He said on his behalf, the Interior Secretary, Adan Augusto López Hernández, would lead the morning press conference and other activities. A few hours earlier, in a meeting with the media, López Obrador had recognized that his voice was hoarse, so he announced that the test would be done in the afternoon.

“Yeah, I woke up hoarse, I’m going to get tested after a while, but I think it’s the flu,” said the president, who was at the conference without a mask.

The President announced that earlier last week he had a private meeting with the Secretary of the Economy, Tatiana Clothier, who tested positive for COVID-19 on Monday, January 3.

Clothier wrote that day, “I take this opportunity to remark that as a routine commitment, I took a COVID test and it is positive.” However, on that occasion, the President also denied that he might have been infected, as he did not have symptoms.

Earlier, López Obrador held meetings with members of his cabinet throughout the past week: on Tuesday, January 4, he offered his conference call with the health secretary, Jorge Alcosar; of National Defense, Luis Crescencio Sandoval; and Foreign Relations, Marcelo Ebrard; While on January 5 he appeared alongside the man in charge of “Who’s Who in Lies”, Ana Elizabeth García Vilchis.

On the morning of January 6, the President was accompanied by Carlos Torres, the coordinator of the Presidency’s Comprehensive Social Development Programs; Whereas this January 10 started the week with Ricardo Sheffield, the head of the Federal Consumer Prosecutor’s Office.

This Monday, López Obrador met in private with the Secretary of Agriculture and Rural Development, Victor Villalobos, who, upon departure from the National Palace, assured that the president appeared to be “in good health”.

In addition, he had meetings with his personal person, Alejandro Escher; businessman Daniel Chavez; Diego Prieto, director of the National Institute of Anthropology and History; Head of Segob, Aden Augusto Lopez; The secretary of public function, Roberto Salcedo, the undersecretary of welfare, Ariadna Montiel, and the director of the Federal Electricity Commission, Manuel Bartlett.

In recent times, various political figures have also reported their Covid-19 infection. This Monday, the head of the Ministry of Environment and Natural Resources (Semarnet), María Luisa Alboras also reported that she tested positive.

“I inform you that I tested positive for Covid-19. I am fine and I will continue to focus on environmental sector issues from home,” he wrote on Twitter.

Also Guanajuato’s governor, Diego Xinhu Rodriguez Vallejo, was positive this Monday, and told via his social network that he would follow health recommendations and isolate himself if he had the disease.

“Dear Guanajuato, I want to share with you that I tested positive for COVID-19, I will participate in the health recommendations and I will follow the same isolation,” he wrote.

Just on Monday, January 3, the Chihuahua, María Eugenia Campos, and the governor of Tlaxcala, Lorena Cuellar, as well as the chairman of the board of directors of San Lazaro, Sergio Gutierrez Luna, also reported that they were infected.

Two days later, on January 5, the governor of Baja California Sur, Victor Castro, tested positive for the second time; He was admitted to the hospital for the first time.

After the record of 30 thousand infections recorded last Saturday, yesterday the country recorded 11 thousand Kovid-19 infections in less than 24 hours for the second consecutive day.

The Ministry of Health (SSA), in its daily technical report, reported that 11,052 new infections and 78 deaths were recorded yesterday, taking the total to 4,136,440 cases and 300,412 deaths since the start of the pandemic.

With respect to active cases, this indicator showed a slight decrease as compared to 158 thousand 332 the day before on Sunday, reporting 157 thousand 385 cases. However, the agency indicated that the estimated number of COVID-19 cases increased by 186 percent. It was also told that there are 597 thousand 355 suspects.

With regard to hospitalizations, nationally, the hospital network reported an 88 percent reduction in occupancy in relation to the highest point of the second pandemic wave in January 2021. In the last 24 hours, the occupancy of normal beds increased by one percentage point to 21. percent, while the demand for beds with mechanical ventilators increased by two percentage points to 14 percent.

Regarding vaccination, 82 million 425 thousand 639 people have been vaccinated so far, of which 91 percent (74.1 million) have a complete plan and nine percent (8.3 million) have a single dose.