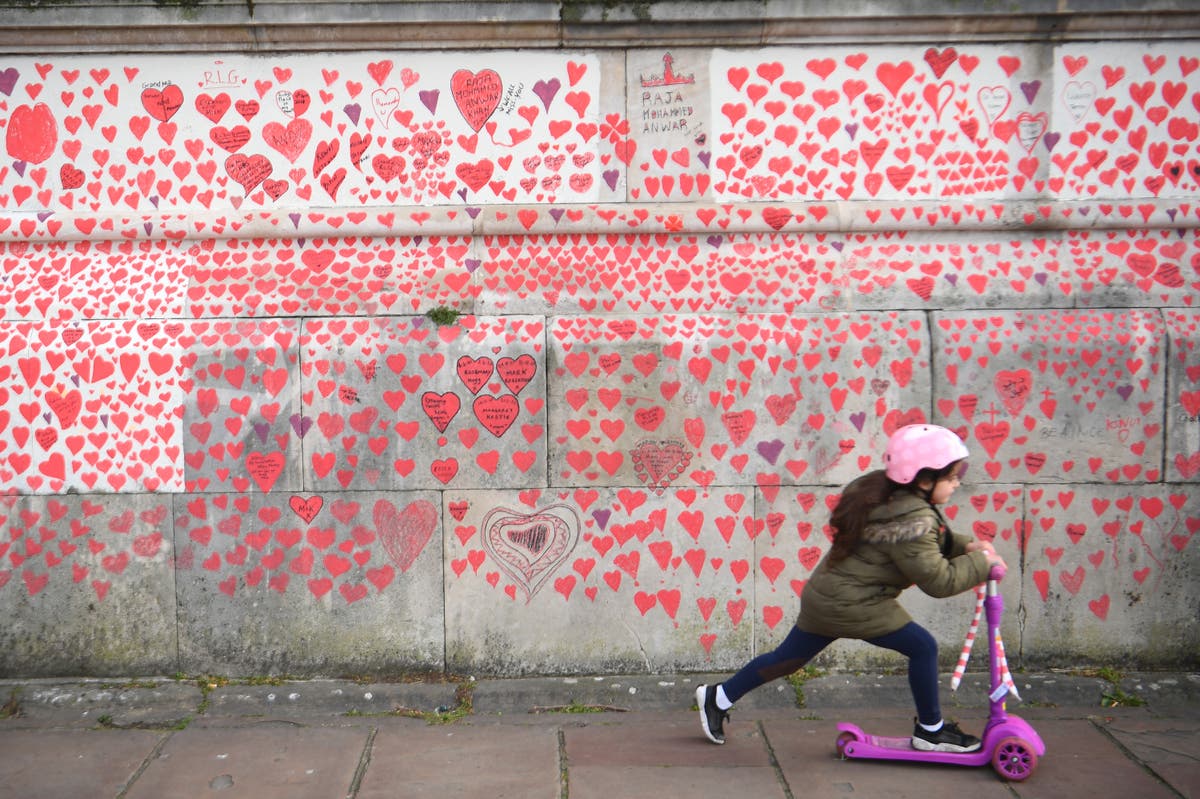 People who lost their loved ones in the pandemic prompted Boris Johnson to “do the right thing” and ask if he attended a Downing Street party in the country’s first coronavirus lockdown.

A letter from the campaign group Covid-19 Bereaved Families Justice called it “a matter of general decency and honour” for the prime minister to state whether he was present.

The correspondence is signed by a woman whose father’s death certificate was being signed on 20 May 2020 – the day of the alleged gathering in the number 10 garden, to which over 100 people were invited.

Hannah Brady and others who have lost loved ones to the pandemic have shared their displeasure over the revelations, saying Mr Johnson has declined to say whether he attended such a gathering “out of injury”. insults”.

Ms Brady, who said her father died after contracting Covid at her job as a key worker at Wigan, described the reported party – the same place the group met Mr Johnson last year was – as a “major violation” of government regulations.

In the letter, she said: “Last September you looked me in the eye in Downing Street’s Rose Garden and told me you had done everything you could to save her.

“You have seen pictures of his last days that no one had seen before.

“It is now clear that while my father’s death certificate was being signed and my younger sister and I were mourning alone, dozens of people had gathered, grabbing a bottle and invited to bring it. was, in the same place you told me you had done everything you could.”

Addressing Mr Johnson directly, Ms Brady told him she “can only imagine the pain, anguish and anger that this news has brought to me and to those of us who have lost a loved one to COVID-19.” Lost it”.

He also urged an apology for the “extra hurt” from his response when asked by broadcasters about the gathering, saying he “laughed, smiled and considered it a big joke.”

If you did wrong and attended this party, or knew it happened, do the right thing and own it

The letter said: “It is not only a matter of general decency and respect for us or the British people, but the position you hold as Prime Minister of the United Kingdom, is to convey to all of us that Have you run into this major violation of your Govt. Rules.

“My dad didn’t have much in his life, but his honesty and sense of right and wrong passed me. If you’ve done wrong and attend this party, or know it’s happening So, do the right thing and accept it, not before any investigation compels you too, not after.”

The campaign group had earlier issued a statement saying that, if the prime minister attends the alleged gathering, his position is “untenable” and that he has “lost all moral authority to lead the country”.

Those words were echoed by Susie Crozier, who said the latest in a series of allegations about potentially ban-breaking gatherings has left bereaved families “kicked in the gut constantly” like her.

Sunderland’s private tutor, whose father Howard Crozier died in hospital on 28 March 2020 after catching COVID, said he hoped that, with the latest reported incident, “there is now enough for Boris Johnson to leave.” There is public outcry, clearly”.

She described her father’s funeral in April of that year, attended by two people, as “one of the most depressing experiences I’ve ever had”.

Speaking to the PA news agency, he accused Mr Johnson of “playing for the mug” and declined to say whether he had attended the gathering with his now-wife, Carrie, despite widely reported Said he was there.

She added: “If he hasn’t, you know, the etiquette to resign, someone needs to kick him out.”

A mother at Crystal Palace, whose 18-year-old daughter died of leukemia in May 2020, said adhering to the restrictions at the time of her child’s death made the “incredibly painful situation even more difficult.”

Ruby Fuller died five days before the alleged party and had to say goodbye to her grandparents on video call software Zoom.

Her mother Emma Jones said she was speaking out on the issue because she knew her daughter would be protesting at the prime minister’s door.

Ms Jones told the PA: “Ruby said to be remembered by the motto, ‘Live with grace, live louder’, so I guess I have to shout about it now… if she was alive, So she would hit a hammer at the door of No. 10. Protest banner.”

Meanwhile, the son of a Bletchley Park codebreaker, whose funeral took place on the same day as the gathering, said he was “absolutely upset” by the claims.

Ann Mitchell, who was part of the World War II codebreaking team at the country house near Milton Keynes, died at the age of 97 on May 11, 2020 after testing positive for COVID-19.

His son Andy Mitchell, 63, told PA News that only five people were able to attend his funeral in Edinburgh.

“We didn’t complain at the time because we knew that was the situation … I expected that at any moment the police would pull over to say, ‘Where are you going? What are you doing?'” Mr. Mitchell said.

Regarding the alleged Downing Street gathering, Mr Mitchell said: “It was not only accidental, ‘Let’s go out at the end of the day’, but to actually send an invitation from the Prime Minister’s Office to do so, I I’m just shocked.”

Mr. Michel’s mother coded German communication at Bletchley Park after she was admitted from the university.

He said he worked “for the national good”, adding: “He not only did his duty and his service but also respected all the strictness that came with it.

“So, when you (a) see the email from Downing Street in May, almost two months after the pandemic, saying you’ve all been working incredibly hard – he spent two years without complaining, without even thinking about it. did, ‘Oh, we’ll just go out for a drink, go to hell with it’.”