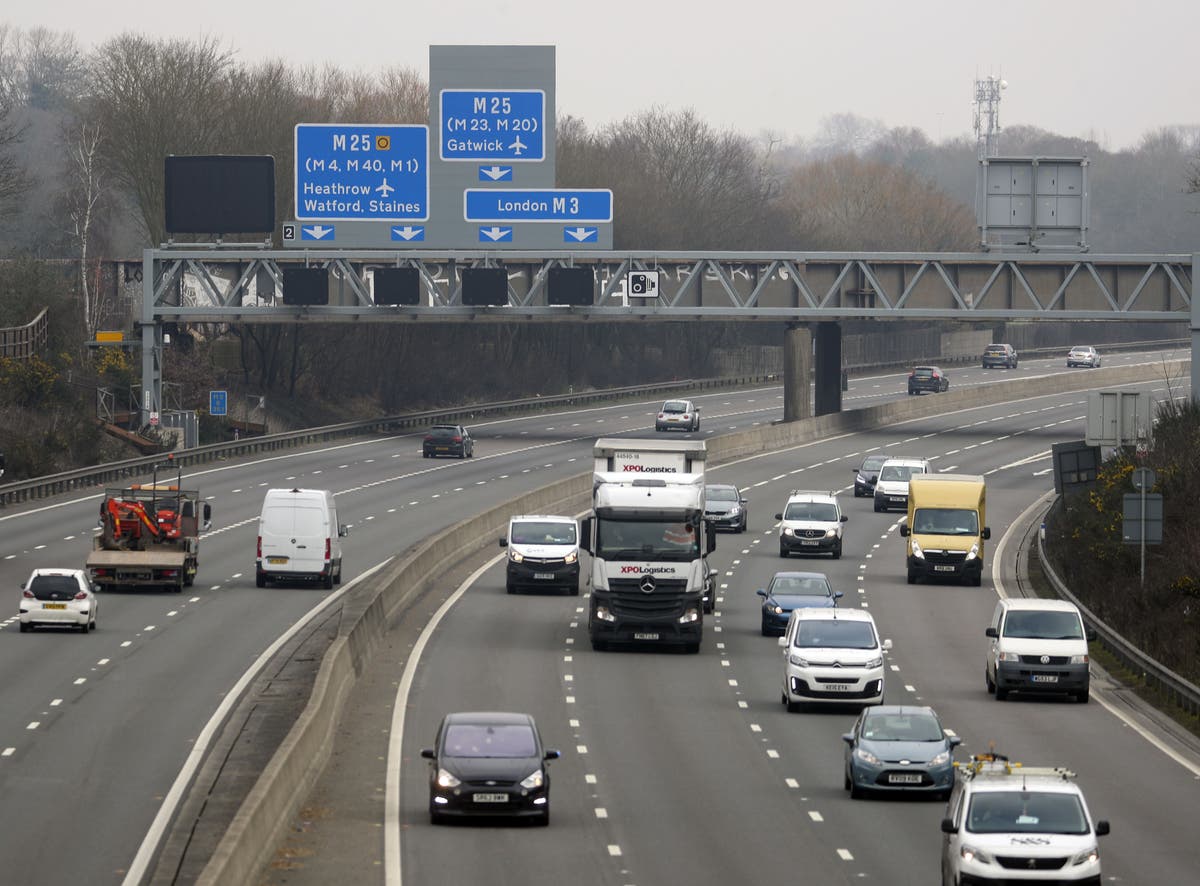 Safety concerns are preventing the rollout of “all-lane-running” smart motorways, the government has announced, though critics say the move doesn’t go far enough.

The Department of Transportation said Wednesday it would halt the expansion of motorways where hard shoulders are used as permanent live traffic lanes until five to assess whether they are safe for drivers. Year’s data has not been collected.

The decision follows a recommendation by the Commons Transport Select Committee which held that there was not enough safety and economic data to justify the continuation of the project.

In a report dated 2 November, the committee described the government’s decision in March 2020 that all future smart motorways would be all-lane-running versions as “premature”.

If they were killing or crippling their loved ones, they would move much faster and more

Concerns have been expressed after fatal incidents of broken vehicles colliding from behind due to no shoulders.

The government has promised to improve safety on existing motorways running in all lanes, but relatives of those killed on the roads have urged ministers to move forward by reinstating the hard shoulder.

Claire Mercer, whose husband Jason died in a smart motorway collision near Sheffield in 2019, said the government’s announcement was a missed opportunity.

“Just turn off a lane and you’ve got your hard shoulder back.

“You just need to throw a switch on the eight control centers and you’ve got your hard shoulder back immediately.”

The campaigner added: “If they were killing or crippling their loved ones they would take a lot more steps.”

His comments were echoed by Conservative MP Sir Mike Penning, who claims he was misled when he supported the rollout of smart motorways in his role as Road Minister from 2010–2012.

He said: “It seems illogical to me to decide to halt the rollout of the new all-lane-running (ALR) section on the grounds that more safety data is needed, but to allow the existing ALR section to operate.” For.

“Certainly, the existing sections must be rapidly reconfigured to keep the left-hand lane as a sort of rigid shoulder.”

While our preliminary data suggests that smart motorways are among the safest roads in the UK, it is important that we move forward to ensure that people feel safe using them.

The Department of Transportation said technology would be added where possible to identify additional emergency shelter areas and stalled vehicles, to existing smart motorways and those already being built.

The department is pledging £900 million to upgrade them, including £390 million to install 150 more emergency zones, which will be approximately in places to stop motorists in trouble over the next three years. represents an increase of 50%.

But work will continue on parts that are already under construction, as they are more than half complete, the government said, adding that stopping progress on them for now would cause disruption for motorists.

Transport Secretary Grant Shapps said: “While our preliminary data shows that smart motorways are among the safest roads in the UK, it is important that we move forward to ensure that people feel safe using them.

“Stopping plans to start construction and making multi-million-pound improvements to existing plans will give drivers confidence and provide us with the data we need to inform our next steps.”

The government also agreed with the recommendation that wherever possible, emergency shelter areas should be no more than 0.75 miles apart.

In addition, it pledged to “look into the matter again” to install controlled smart motorways, which have a permanent hard shoulder and use technology to control the speed and flow of traffic, rather than all-lane-going versions. uses.

Tory MP Hugh Merriman, who chaired the Commons Transport Select Committee, said: “It was clear to our committee that the public needed more assurance that these motorways are safe to use.

“With conflicting and ambiguous evidence covering a limited number of years, more time was needed to properly assess the impact on safety.

“By accepting our recommendation to halt the rollout of smart motorways, the government will have loads of evidence to aid in planning future road construction designs.

“It is important that this additional time is not just spent on evaluation, it should be focused on making smart motorways safer.

“The existing network of smart motorways must be improved to provide more emergency refuge areas and better technology to close live lanes and reduce the risk of stranded motorists.

“The £390 million addition is a welcome statement of intent.”

Smart motorways were first introduced in England in 2014 as a cheaper way to increase capacity than wider carriageways.

England has about 375 miles of smart motorway, including 235 miles without any hard shoulders.