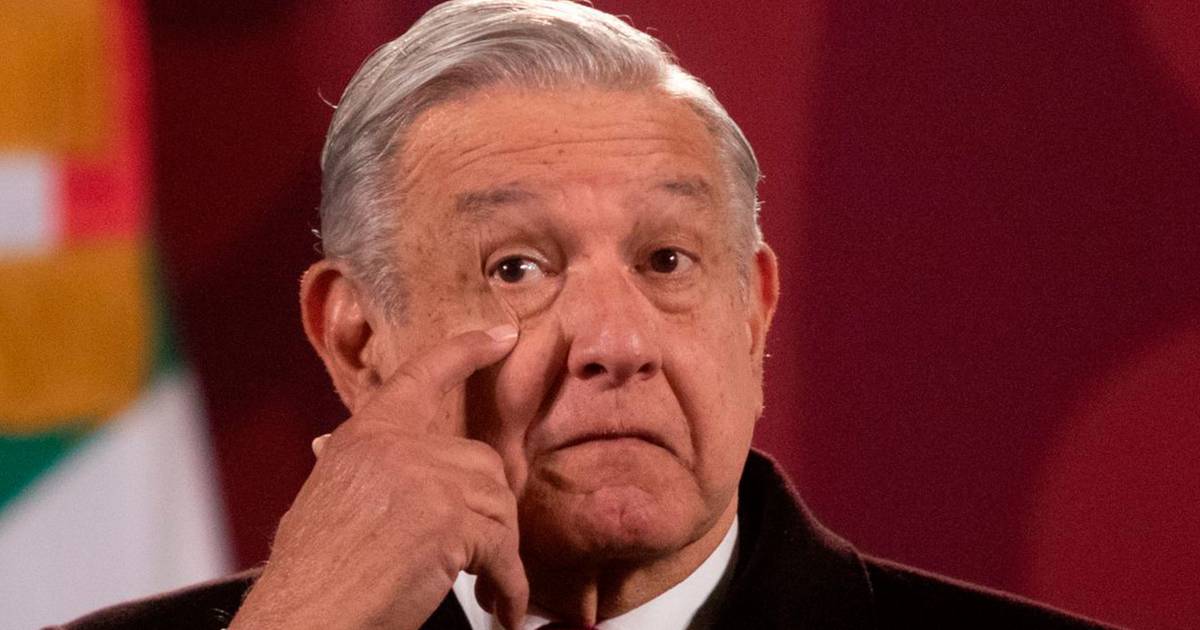 If the republic’s president had followed a recommendation by Mexico City officials later this week, he would not have been tested and would have self-isolated himself for seven days after noticing respiratory symptoms.

The President did not. He was tested and verified that it is positive, so he will be kept in isolation.

He did not do what the city authority recommends.

A new daily tally of Covid-19 infections was recorded in Mexico last weekend. There were 30,671 cases.

From the recommendations of the capital’s authorities, it seems that the intention is that the number of registered infections does not increase staggeringly.

They know that we are going to reach levels that may be double or even higher than what we had in the pandemic, if we look at what happened in other countries.

The idea that the symptoms caused by the Omicron variant are mild is prompting the federal government and CDMX to dismiss the surge of cases and want official records not to show a shot at reflecting the reality that we are living. .

To date, it seems that in general terms, the level of hospitalization in our country is still manageable. And the condition of the authority is that they continue like this. But, it is a gamble.

The reality is that we still don’t know what impact this might have on demand for hospital services.

We have cases, such as in the United States, where the hospital system is once again overwhelmed at some point by the sheer number of patients who are coming in with symptoms of COVID and who need hospital care.

The number of people admitted to the hospital has already exceeded 130 thousand and is close to 133 thousand, which was the highest peak ever recorded in January last year.

It is true that what has been recognized globally is that, in general terms, the Omicron type does not reside in the lungs and, therefore, is causing less critically ill patients.

However, this does not exclude that deaths continue to occur and that in some cases intensive care is required in hospitals.

The Mexican government’s approach remains the same as it has taken throughout the pandemic, that is, to dismiss the effects of this new wave.

The outcome of that vision is in front and we have commented on that. This “more” is about more than 600 thousand deaths, which have occurred in our country since the beginning of the epidemic.

Clearly it would be absurd to expect economic activity and social life to stop in the same way that it did during the first months of the pandemic. But, it is important to be aware that for now COVID, even in its Omron version, is not a common cold.

Despite the undoubted progress in vaccination in the country, a large proportion of the population is still not protected: 37 percent.

Of the total, only 26 per cent are under the age of 15, which is the group the government is not planning to vaccinate. This means that 11 percent, about 13 million people are scheduled to be vaccinated and have not done so yet.

Until a few months ago, the authority believed that this new wave would not be seen in Mexico.

Now they insist that we will not have excessive demand for hospital services.

The fact is that we do not know it completely and it is likely that such demand is presented due to the large number of infections in our country.

We wish that Covid had already disappeared and the pandemic was already a forgotten thing.

But it still exists and has the potential to disrupt our lives and affect economic activities in one way or another.

This can be well seen by the thousands of travelers who have been affected in recent days by the cancellation of flights not only in Mexico but also internationally.