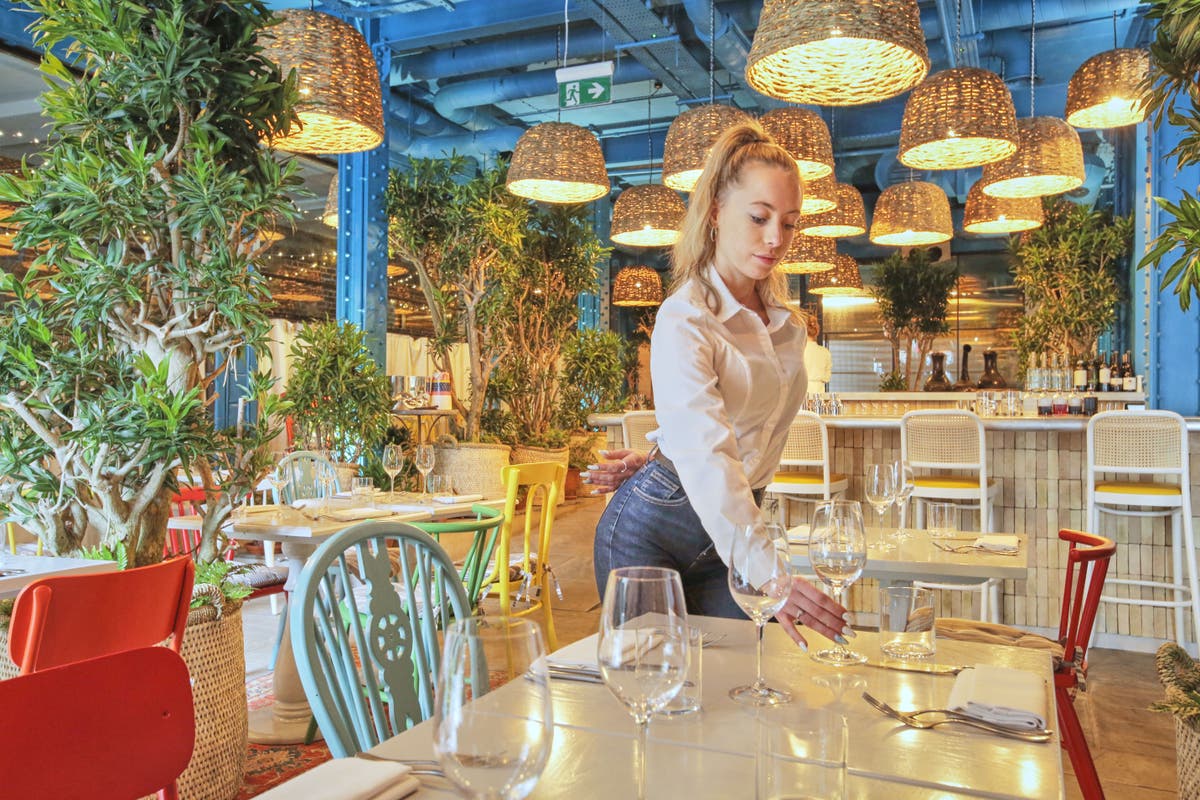 During lunch at The Warehouse, a new, ethically-minded location in Covent Garden, I asked my waiter if it would be okay to move the seats. “Hmm,” he began, turning steadily to survey the many, many free tables around us. “Yeah, I guess you can probably take your pick.” It’s pertinent that it was just days before Christmas, when our collective Omicron-induced nightmare was at its peak, lockdown seemed an inevitability and every restaurant in town (if still open at all) had a tumbleweed Mary Celeste experience Was.

But in the days after a second, the equally uninhabited January visits this place—the first public-facing restaurant from The Conduit, a socially conscious members’ club, headed by former Silo chef Brendan Eads—that The strange silliness of the lunchtime atmosphere began to feel like an oddly apt metaphor.

Don’t get me wrong, the cleverness, sheer joy, and nimble surprise are evident in cooking something at the Warehouse. But, as we tip into a year that’s bound to be particularly challenging and competitive for new restaurants, I’m not entirely convinced of its potential, in its current guise, in its large, buzzing To find a constant rush to fill the space.

And this location is, in fact, part of the problem. Carefully positioned on the lower level of the lavishly industrial, six-floor former fruit and vegetable shop The Conduit moved into last autumn (the club originally opened in Mayfair in 2018), the Warehouse’s interior was described as “craftsmanship.” Self-described as a showcase for ” Global South”. In practice, this means a vast, wrap-around forest of potted trees, woven basket lampshades, ornately painted tiles, and mismatched, brightly colored chairs that all give the sinister impression of a quickly renovated Wahaca.

This surrounding sterility was matched by an early breakfast of red kuri pumpkin skin wafers: the brittle, translucent pan crisps of less-seasoned squash, served with a shrunken hemp dip, and come off like neutered poppadoms. Then came the brassica stems—dredded in sourdough batter and a fluffy, golden brown—that were forgettable and a bit fibrous. A narrative about a curious, well-meaning operation without the chops to liven up enough of a zero-waste, over-seasonal approach began to form in my mind, for all its admirable planet-healing intentions. Of course, Sheffey can be prone to both clichés and a sort of tedious qualification.

But then something strange happened. The further the consonants of Eids were shortened by their hazy consistency, the better and better they became. The bitter radicchio leaf fronds were nicely combined with the fresh flavors of marinated beet, walnuts and Graceburn cheese. A soft, flaky piece of halibut buried under an unusual, exquisitely well-paced trickle of smoky, burnt greens and clementine sauce. And Venson’s slow-roasted saddle, cut into two thick, succulent fritters and backed by smoked mash, its rich guminess was balanced by a dark, briny, and prominently salty liquorice jus.

“None of this food really matches the room,” my partner Mark said decisively, as we spooned over the shared dessert of Broiled Plum Rice Pudding. “But I love it.” This is a fair observation and points to a central dichotomy that makes this place such a strange but sometimes oddly compelling proposition. It may lack the blazing exclusivity of other conceptually comparable restaurants (I’m thinking of Follow, Native, and Silo), but Eads is such a talented chef that he excels despite his restaurant’s somewhat confusing elevator pitch. Is. The menu had changed drastically during my recent visit for a well-mixed, sparkling, samphire-infused gimlet that the team believes there is work to be done.

The Warehouse styles itself as a waste-conscious, globally-influenced sharing plate spot, but it specializes in the kind of indulgent, downright satisfying British nap-inducers you’ll find scattered on chalkboards at gastropubs. This is not a bad thing. And maybe, in the spirit of a month when resolutions are made and inevitably broken, it would be better to celebrate the new venture as it is, rather than what it thinks it should be.