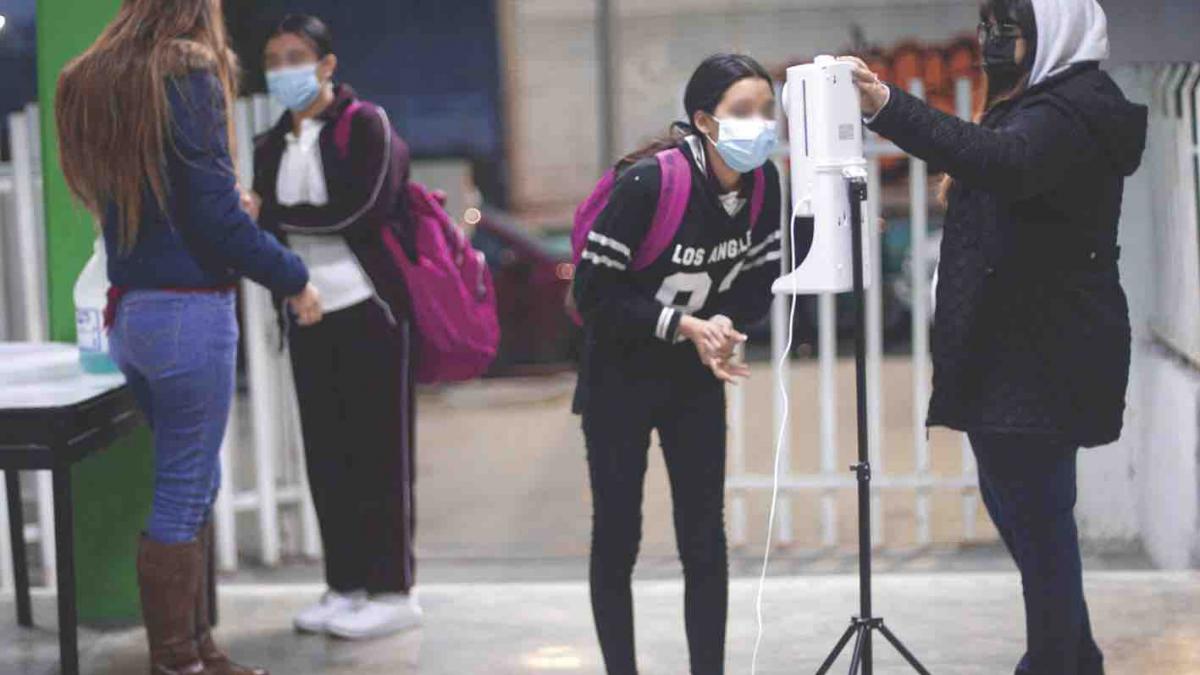 Amid the fourth wave of infections caused by COVID-19 and the advent of the Omicron version, seven of the 17 states that resumed face-to-face classes had already recorded the first infection among educational workers.

It was in Campeche, Durango, Guerrero, Morelos, Nuevo León, Tabasco and Veracruz where cases were confirmed and, in some, measures have been taken to break the chain of transmission.

This Monday, Tabasco’s Ministry of Education endorsed face-to-face classes, leading to a return to infections in the population, among whom, of course, are teachers.

Such is the case of José Antonio Martínez Gutierrez, an elementary school teacher in the municipality of Huimanguelo, who presented symptoms since Thursday of last week, so he decided to interrupt his work in the classroom and wait for a test. Out of which, the saturation the health system is facing, has not yielded its result till Wednesday.

“To date they haven’t given me results and they told me it would be within three to seven business days, so I chose to isolate myself, because I’m not sure. I wanted to seek a quick test, but I Didn’t get it and I can’t expose myself to being away from home, better stay inside”, he told La Rezon.

One of the states where face-to-face classes were also recently suspended was Durango, where head of education Rubén Calderón Lujan reported that during the first week of classes, 507 infected teachers and 502 suspects were registered.

In Campeche, Victor Madrid Pech, general secretary of the state’s coordinator of education workers, assured that many teachers were already part of the fourth wave of infections, without specifying how many they had a record of.

In Guerrero, the representative of the State Secretariat for Education in the North, Salomon Beltrán Barrera, recently confirmed that three schools had resumed virtual classes after teachers tested positive for Covid-19.

The private schools association of Morelos state announced that one of its schools had taken extraordinary measures after detecting positive cases among its teachers.

In the same institution, the spokesperson of Section 19 of the National Education Employees Association did not tell the figure, but confirmed the presence of infected teachers.

Unlike Tabasco and Durango, the government of Nuevo León decided to resume voluntary face-to-face classes, this Monday, through a hybrid model.

Recently, Sections 21 and 50 of the SNTE relating to this unit indicated that they have already registered at least 1,800 cases among the educational community.

While in Veracruz, local media reported infections within an elementary school where, after parents were informed, cleaning protocols were put in place and they were given the option to resume virtual classes.

Maria Elena Alcudia Gil, Secretary General of Section 29, commented that it is not possible to know how many teachers have been infected, the level at which the cases have been raised, many of them are not supported by the official health services.

“The vast majority are going to clinics or private medical services, given that there is a shortage of supplies to meet the need for diagnosis…

One of the last states to extend the return to face-to-face classes was Baja California, where Governor Marina del Pilar vila announced that the return to class would be postponed for two more weeks.

Vaccination started for teachers in 4 institutions

The Interior Secretary announced the introduction of booster vaccinations for educational personnel in Puebla, Chiapas, Sonora and Mexico City, while Mexico has a “duly designed and structured” national vaccination plan.

At a news conference, he pointed out that there are currently only over 80 million Mexicans who have a full vaccination plan, so now the plan is to continue with reinforcements to cover the region.

“With the exception of Baja California and Colima today, which happened only a few days ago, as reinforcement applications for educational personnel in the public and private sectors began practically throughout the country,” he emphasized.

The person in charge of the country’s internal policy said that reinfection is maintained even in populations over the age of 60, “and the application of the booster vaccine to all adults over the age of 40 must certainly begin on Monday.” ” commented.

In the coming days, applications for Modern Vaccine will be sought from two lakh 686 thousand 320 teachers at the national level.

With information from Angelica Guerrero