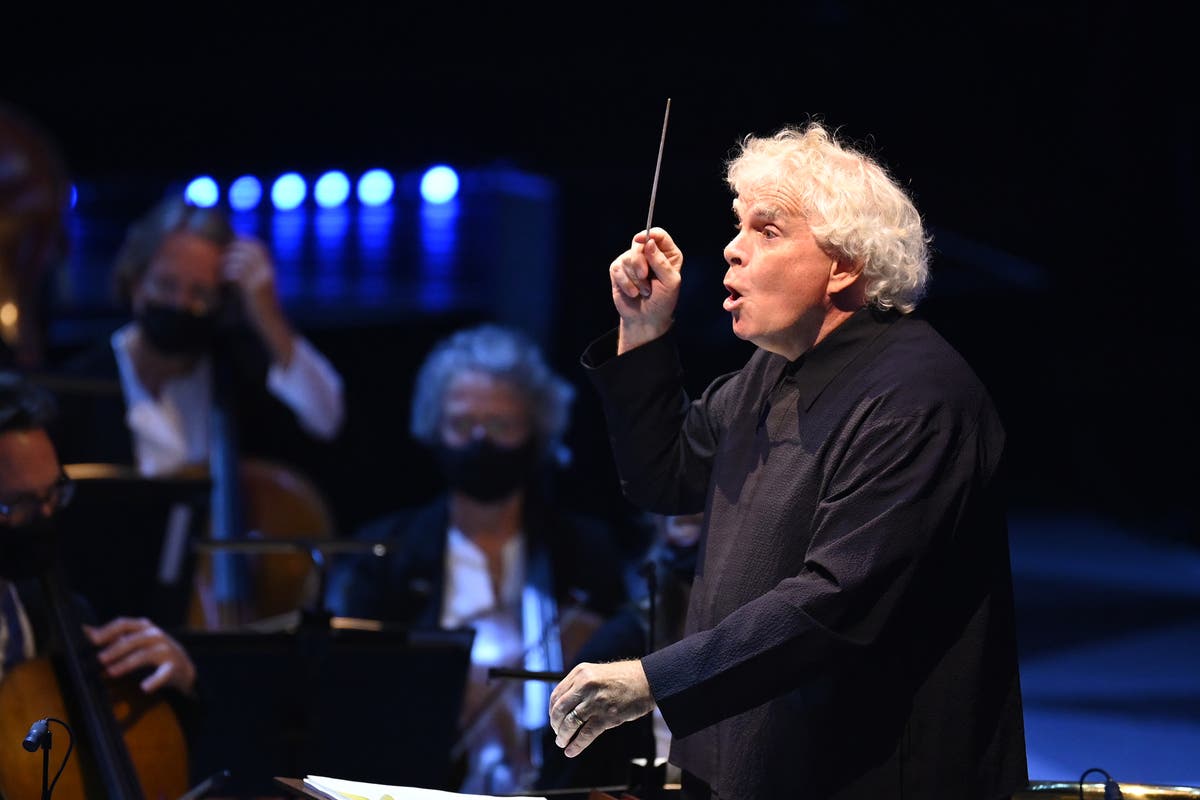 review at a glance

That Moroccan-French musician Ahmed Esyad emailed his friends at the beginning of the 2020 lockdown, describing a blank sheet of paper in front of them. This may not seem like the most promising debut for a five-part chorale and orchestral work by one of Britain’s leading composers. But for Julian Anderson, the “internal deportation” enforced by the COVID restrictions fed into the larger theme of his new creation deportation – the displacement of individuals and entire nations.

The so-called suite, narrated here by the London Symphony Forces under the direction of Simon Rattle, included two movements heard last September, as well as a new movement, La République des Lettres for Unaccounted Chorus, on that occasion postponed for reasons related to Covid went. The Holocaust – during which members of Anderson’s Jewish extended family lost their lives in a massacre – casts its shadow over the entire work.

The first of two choirs saved through the efforts of American diplomat Varian Fry vocalizes the names of the individuals – Alma Mahler, Franz Werfel, Hannah Arendt and Golo Mann. The second choir recited verses from Psalm 46. While this was not the original intention, further COVID restrictions required singers to sing from the gallery of the Barbican Hall – to considerable theatrical effect, as it happened. Individual chorus members are directed to chant the names at their own chosen tempi, turning them freely.

The result is that, unlike other notable recent ceremonies where names were included one by one, here they are embedded in the texture. Similarly random (random choice) devices are deployed to create some of the most arresting passages of the psalm setting, depicting the moving of mountains and the burning of chariots with fire.

In the third movement, another psalm text (“from the waters of Babylon”) is given in Hebrew, as if to emphasize the foresight of the exile’s secession, while a soprano soloist (Siobhan Stagg) chose two well. The first of the Hua Dia, expressive poems by the late Romanian composer Horatiu Radulescu.

Whether the exiles live up to the full potential of their tormenting subject will become clear only when all five movements are heard simultaneously, as they will be in Munich on January 20.

Mahler’s Bloomin’ is a movement that the composer eventually removed from his first symphony. Despite the likable depiction of “a moonlit serenade on a trumpet blown across the Rhine”, he had good reasons. It’s arguably better heard by itself, especially when magically delivered by LSO players under the rattle.

If he hadn’t died of mentally unbalanced tuberculosis at the young age of 25, Mahler’s friend Hans Rott certainly would have enjoyed an illustrious career. His symphony in E major, about which we had just heard the third movement, was not understood in the 1870s, but has been highly acclaimed in recent years. There are astonishing pre-echoes of Mahler’s own work, and it’s absolutely quirky elements, such as what sounds like an uncut waltz in this Scherzo movement, that make it so appealing to modern audiences.

Six pieces, op. 6, by Anton Webern, who appears to encompass the full range of human emotions in the composer’s typically concise manner, in this performance was excellently voiced.

While there seemed no particular reason to end this intriguing sequence of works with Dvorak’s Symphony No. 7 in D minor, who could complain when given such a life-affirming reading under Rattle? And perhaps, in this context, the spectacular soul-lifting in the final bars provided reason enough.