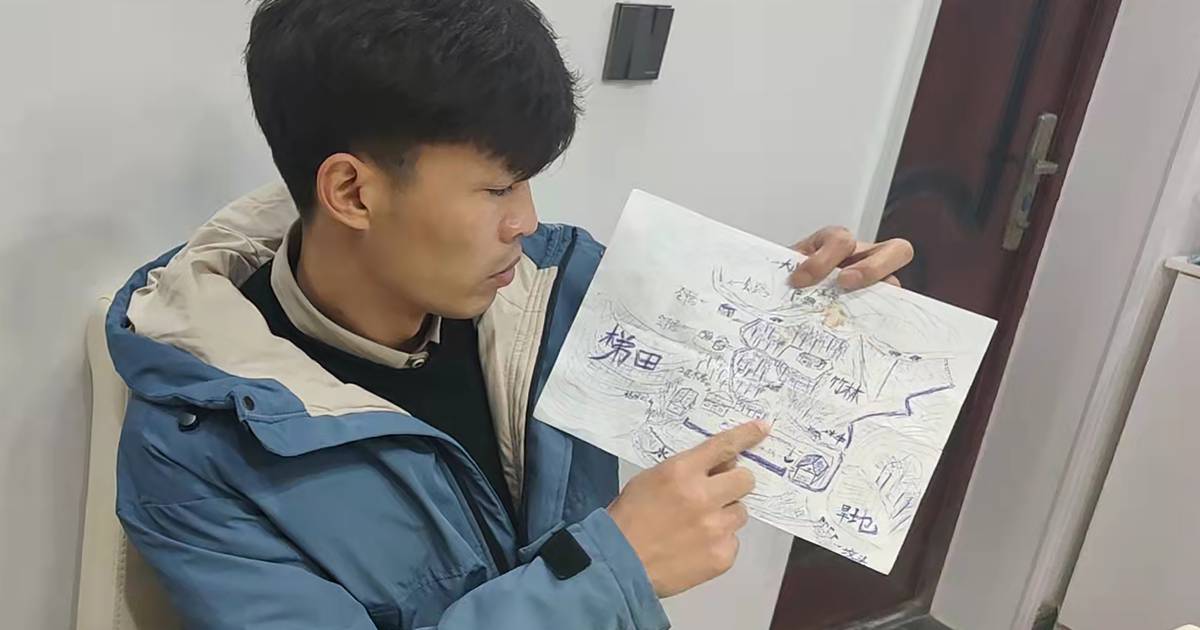 Since he was a child, Li Jingwei did not know his real name. He didn’t know where he was born, nor was he sure how old he was… Until last month, he found his family with the help of a map in his memory.

Lee was a victim of child trafficking. In 1989, when he was 4 years old, a bald neighbor seduced him by saying that they were going to see cars, many of which are not in rural towns.

Lee said that was the last time he saw his house. The neighbor took him behind a hill and on a path where three cyclers and four other kidnappers were waiting. He cried, but they put him on the bicycle anyway and fled.

“I wanted to go home, but they wouldn’t let me,” Lee said in an interview with The Associated Press. “Two hours later, I realized I wouldn’t be home and I must have found the bad guys.”

You remember boarding the train. He eventually sold it to a family in another province, Henan.

“Since I was very young, I was barely 4 years old, and I still hadn’t gone to school, I didn’t even remember the names of his parents or his village”, he said.

His memory, however, had a scene from his village in the city of Zhaotong in southwest China’s Yunnan province. He remembered the mountains, the bamboo orchards, a pond near the house, all the places where he used to play.

More than 30 years after his abduction, a detailed drawing of a landscape in his village helped police search the town and find his biological mother and siblings.

He sets out to find his family after the two reunite famously last year. In July, a Chinese man, Guo Gangtang, came to his son after a 24-year search. In December, Sun Haiyang was reunited with her 14-year-old kidnapped son.

There are frequent reports of baby thefts in China, although it is unknown how often they happen. The problem was exacerbated by restrictions that by 2015 allowed most couples in urban areas to have only one child.

Lee decided to talk to his adoptive parents for clues and consulted the DNA database, but found nothing. Later, he found volunteers who suggested he publish a video on the Douyin social network where it appeared next to a map he had created.

He said it took him just 10 minutes to recreate what he had drawn hundreds, perhaps thousands, of times as a child.

The post has been viewed thousands of times. By then, Lee said police had already narrowed down the search based on their DNA sample, while their hand-drawn maps helped residents identify a family.

Eventually Lee contacted his mother via phone. He asked him about a mark on his chin and told him that he found it when he fell off the ladder.

“When he mentioned the mark to me, I knew it was him,” Lee said.

Other descriptions and memories fit as well, and DNA testing confirmed their relationship. In an emotional reunion over the New Year, Lee saw his mother for the first time at the age of 4.

As he moved towards her, his legs popped out of excitement. He finally hugged his mother with the help of his brother and sister.

Lee spoke in a broken voice about his father, who had already passed away. Now a father of two teenagers, Lee said he would take his family along with his aunts and uncles to his father’s grave during Lunar New Year celebrations next month.

“It will be a great reunion,” he announced. “I want to tell you that your son is back.”