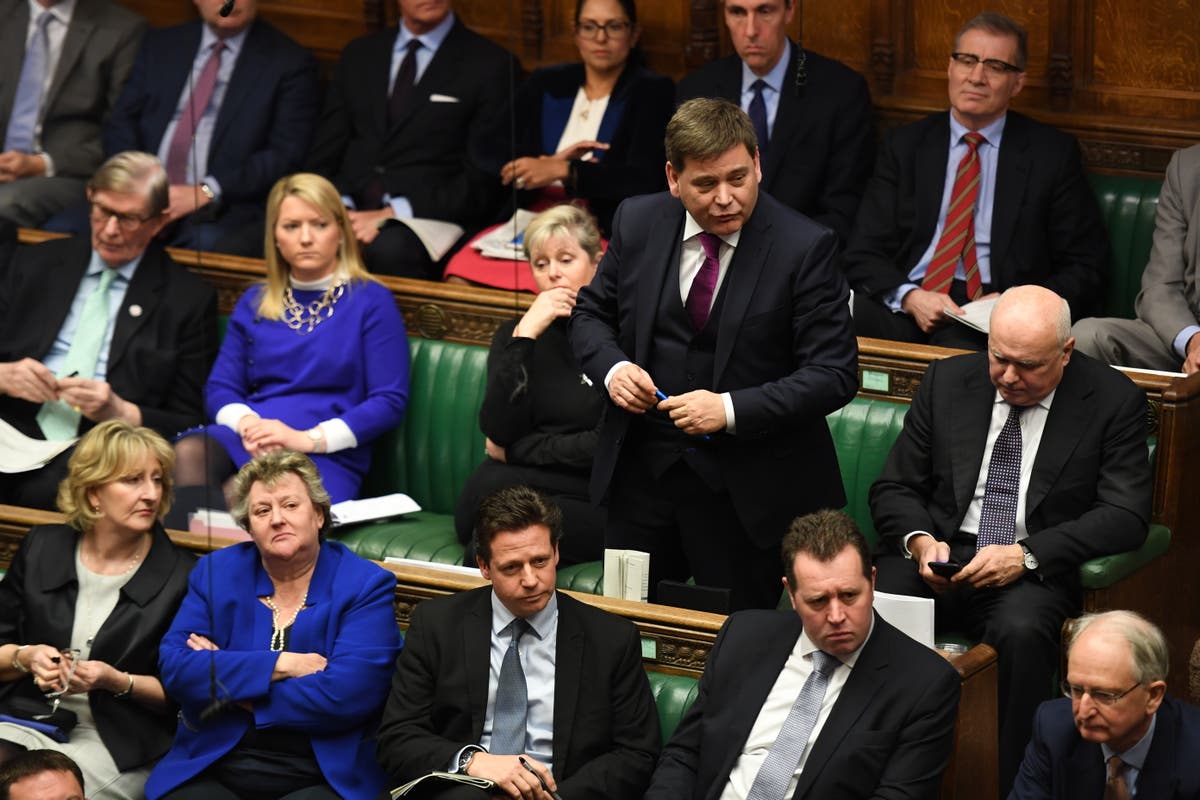 The Conservative MP for North West Leicester has become the fifth politician in Johnson’s own party to ask the prime minister to leave “Partygate”.

Andrew Bridghan had previously been a loyal supporter of the PM, backing him for the Tory leadership in 2019 and campaigning with him for Brexit.

On Thursday evening, Tory MPs joined a chorus of prominent voices demanding Mr Johnson’s resignation, announcing that he had submitted a letter of no confidence.

In the wake of revelations from Downing Street staff at parties organized during the lockdown that saw families unable to see dying loved ones or attend funerals, Mr Bridghan said the prime minister’s position had become “untenable”.

I am calling on the Prime Minister to stand down, now is the time to do the right thing.

In a Telegraph op-ed published on Thursday evening, Mr Bridghan said there is currently “a moral void at the heart of our government”.

The Tory MP continued: “I am calling on the prime minister to stand up, there is still time to do the right thing.

“For years to come, Boris will be remembered as delivering Brexit and guiding us through a pandemic.

“His legacy should not be stuck in the mud, but of knowing when the time is right to leave the stage.

“If Boris really loves our country, our democracy and our party, he must now go with some grace.”

Mr Bridghan, who said he had previously held the PM with great respect, also spoke of Mr Johnson getting hurt when he claimed he did not know he was attending a party at the time of the strict lockdown.

He continued: “While the lie is easily so bad that a reasonable person could question the position of the prime minister, the truth is at least as bad.”

The Tory MP concluded by saying it gave him a “heavy heart” to submit his no-confidence letter at Mr Johnson, who had failed to “lead by example”.

The Telegraph reported that 30 letters have been submitted so far. A total of 54 are needed to trigger a vote.

Mr Ross was the first senior aide to Mr Johnson to directly demand his resignation.

On Wednesday, the Scottish Tory told the PA news agency it was “furious” about the latest allegations of having a lockdown party.

He continued: “I’m angry. I think it reflects what the people of Scotland and the UK are feeling right now.”

Also on Wednesday, Sir Roger Gale confirmed that he had also submitted a letter of no confidence to Sir Graham Brady, the chairman of the 1922 Committee.

Sir Roger told the LBC: “If the prime minister is not going to take his exit with dignity, the committee of 1922 is going to negotiate with him.

“He’s done a good job delivering some things, but I think now we’ve reached the stage where, clearly, we have to find another leader.”

He said it would be “better” for Mr Johnson to volunteer because MPs were “tired” and “clearly clothed to defend what is always inevitable”.

Appearing on ITV’s Preston earlier this week, Tory backbencher Noakes said Mr Johnson was “damaging the Conservative brand” and sought to step aside.

She continued: “Sadly, he looks like a liability and I think he either leaves now or he goes to the general election in three years’ time.”