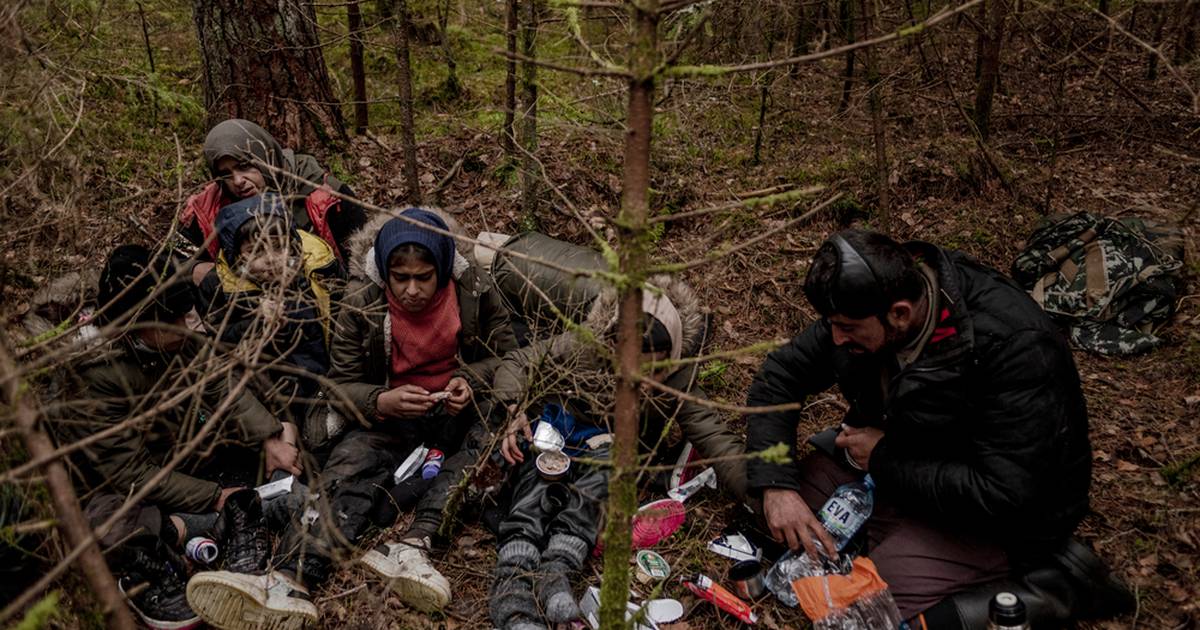 Three months after sending an emergency response team to assist migrants and refugees traveling from Belarus to Poland, Médecins Sans Frontieres (MSF) Polish authorities have withdrawn their teams after repeatedly preventing them from reaching the forested border area, where groups of people survive in sub-zero temperatures desperately in need of medical and humanitarian aid.

“Since October, the MSF has repeatedly requested access to restricted areas and border guard posts in Poland, but without success,” says Frooke Ossing, MSF’s emergency coordinator for Poland and Lithuania.

“We know there are still people crossing the border and hiding in the woods who need help, but we are committed to helping people, no matter where they are. Haven’t been able to reach.”

Since June 2021, thousands of people have tried to reach the European Union by crossing from Belarus into Poland, Lithuania and Latvia. In response, Poland built a fence along the border, brought in its armed forces and declared a state of emergency in the border area. The area is strictly controlled with restricted access, including aid organizations, volunteer groups and the media.

Over the past six months, there have been several cases of Polish border guards forcibly returning migrants and refugees to Belarus, disregarding their intentions to apply for international security and infringing on their rights.

The fear of such ‘shocks’ and Violence at the hands of border guards has forced women, men, boys and girls to make their way through uncharted territory, hiding in the woods in extreme winter temperatures without food, water, shelter or warm clothing. At least 21 people have lost their lives trying to cross during 2021.

Although the number of people trying to enter the EU has decreased in recent months, there are still groups of migrants and refugees in the region. On 18 December, our teams joined with the Polish civil society organization Salam Lab to provide aid to five Syrians and one Palestinian who managed to break out of the restricted area. He explained that he had been forcibly deported to Belarus on several occasions and had experienced violence from border guards.

Our team has heard numerous reports of violence ranging from theft and destruction of personal belongings to threats, intentional violence, and physical assault on all sides of the borders. We have seen physical injuries consistent with these accounts. People are being attacked and beaten up at the hands of border guards, yet state officials continue the practice of pushing people across borders knowing that such abuse continues.

Our teams are operating in Belarus, Lithuania and Poland in response to the crisis, but have been unable to obtain authorization to enter the border areas of any of the three countries, despite repeated requests from the relevant authorities.

With aid organisations, non-governmental organizations and volunteer groups barred from accessing the border area in Poland, it has largely fallen to residents of the restricted areas to provide aid to people on the move.

Osing says that not only are organizations prevented from entering the restricted area, but “some volunteers have been reprimanded and bullied, and their property destroyed, which is believed to aid them.” Considered an attempt to stop providing.” According to Osing, this has had a huge impact on the local residents of the area.

We are concerned that the current policy of restricting access to aid organizations and volunteer groups could result in more migrants and refugees dying. These policies are yet another example of the EU deliberately creating unsafe conditions for asylum seekers on its borders.

“The current situation is unacceptable and inhuman. People have the right to protection and asylum and should not be illegally returned to Belarus,” Osing says. “It’s putting lives at risk.”

Unless non-governmental and unbiased humanitarian groups are able to provide water, food, warm clothing and medical care to these people, the death toll is likely to rise as temperatures continue to drop.

MSF is withdrawing its emergency response team from the Polish border region, but will continue to operate in Poland and – according to initial plans – is in the process of setting up a country office in the capital, Warsaw. In the meantime, our activities in response to this crisis will continue in Lithuania and Belarus. At MSF we are committed to helping migrants and refugees.