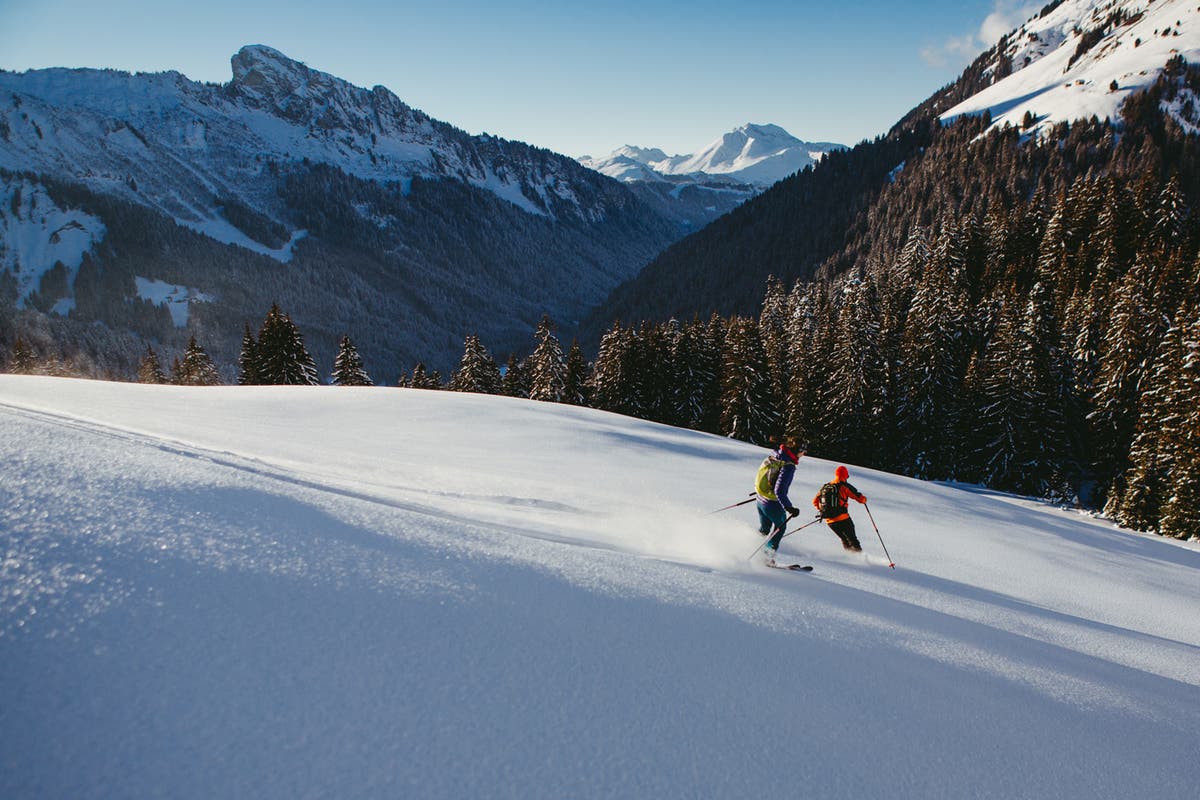 After two free Covid-free seasons, my family and I were ready to hit the slopes again – this time in Morzine for Christmas. It all sounded great, but as we all well know nothing is certain so far in the time of pandemic. Just three days before Macron and Omicron set up an unholy alliance, a plague appears to have spoiled everything by closing the border to visitors from the island.

What to do? Take the safest option, get a refund and stay in gray England for the festive season? Or make a run to Dover and arrive in France before the drawbridge is raised? no brainer.

With the clock ticking I booked a ticket on one of Dover’s last ferries last night and drove the Quattro (yes I know, mid-life crisis car, completely unsuitable for an icy alpine jaunt with four adults) cram in ski gear and Christmas presents.)

We hopped down to Kent and got into a scourge of traffic trying to squeeze through the range before the 11 a.m. deadline. We made it a whole lot harder than planned, an hour extra and not helped by a student son sleeping through his alarm in Bristol.

Five hundred miles and a high-speed motorway interception by the French Douen (polite but intimidating in black balaclavas and armed to the teeth) is later pulled over by the absurdly overloaded Audi. We booked a fairly luxurious (by our usual budget standards) chalet in the lovely village of Setrox, about five miles outside Morzine. It was all we needed, loads of space, a hot tub, gorgeous views of the Snowy Valley, and an oven big enough for a decent-sized bird.

The only obstacle was the drive up to the front door. Covered with dense icy snow on one slope and with drift on both sides. Quattro recovered, but looked back upstairs and said, “No, I don’t like it.” Well, we drove well the next morning and naturally slid to one side and went into a downpour – from where the car would not go any further. A great start to a week of relaxation.

Luckily, a very gentle neighbor connected with a tow rope and pulled us out without so much as a Gallic shrug. I got the impression that this was not the first time he had done this favor to helpless British vacationers like me without winter tires or chains.

Once free we drove into Morzine and left the car at one of two underground car parks. Skis, boots and helmets were duly hired at the excellent Caribou Sport and we drove to the Pleini Telecabin, the main access point to the sprawling ski domain of Morzine.

Morzine, a bustling valley-bottom town about 1000 meters away, is located at the heart of the vast interlinked Porte du Soleil skiing area, also purpose-built to the French villages of Les Gates and Châtel, Avoriaz, and Switzerland. It extends up to Champéry. , With more than 200 lifts and nearly 400 miles of pistes, there’s more skiing than you can expect in a week, even queuing up for life earlier in the day, skipping lunch and Come down in the evening.

We stuck mainly in the bowls above Morzine in the Les Gate, Nyon, Charniaes and des Chavannes sectors. For a lazy intermediate skier like me, it takes a lot to get your teeth down the tree line on most runs and major piste grade blue. For higher and more challenging stuff you need to stomp across town in the Super Morzine lift that opens up Avoriaz and, if you’re feeling up to it, through the infamous Swiss Wall to Swiss Village, a long black run so Steep and resembles the edge of a Mughal chalk quarry.

There’s only one downside to such a vast skiing area, especially early in the season when the lifts begin to close at 4 p.m.: It’s all too easy to find yourself stuck at the “wrong” resort in which to stay. There is no means of going back to base. That’s exactly what happened to my two sons, who compounded the mistake by coming out without a purse, so they couldn’t even board the bus or hire a taxi. There were words. And not a good Christmas one.

The descent to the Alps was a tense sweat, but there was a huge silver lining to the presidential decree. British skiers make up about 50 percent of the market at Morzine and Christmas time. With the vast majority closed, the town and ski area were blissfully quiet, no problems for lunch or dinner, and virtually no lift queues. We totally had some slopes for ourselves.

There was a certain sadness in it too. The city pulled out all the stops for Christmas: concerts, performers and all the trimmings, but there were very few punters around to enjoy them. Thankfully, the COVID restrictions had little impact on us. Elevator queues should have been socially distanced, although I saw little sign of compliance on a few occasions where there were lines. The requirement to wear masks in gondolas was enforced more strictly.

Vaccination status was checked in every restaurant, bar and cafe – either using the French Pass Sanitaire or the NHS app – and sometimes under lifts. Also the pandemic barely entered our lives.

Christmas Day was a blast. Almost all shops, restaurants and lifts were open, with instructors offering ski lessons. Knocking out Vin Chaud in a white-out mountain one Christmas day was a long way from sipping sherry in a centrally heated living room. Was it worth the extra stress and expense? Without a shadow of a doubt. Now it was time to reload the Quattro and return it across the border. Who knows when we will be allowed in again.