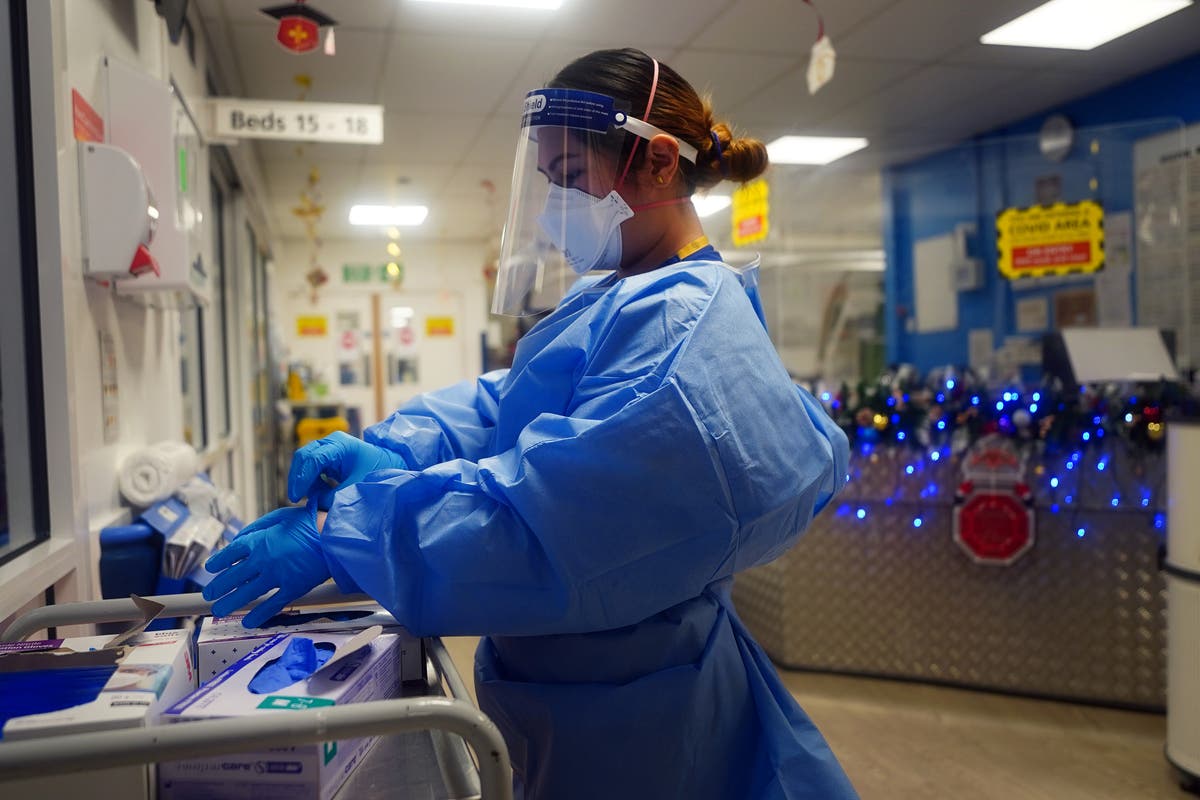 Most of the six million people are stuck on hospital waiting lists as the scale of the NHS backlog due to the pandemic hits a new record.

There were also record delays in A&E departments, with nearly 13,000 sick patients waiting more than 12 hours to be admitted to a ward – the highest number since records began in 2010.

Figures show that the number of people who waited more than 52 weeks to start treatment was nearly 6,000 less than the previous month, but 60 percent higher than 192,169 a year ago.

Only 65 percent of the patients are being seen within the target of 18 weeks. The waiting list figures are as of the end of November – before the Omicron wave saw a dramatic increase in infections and thousands of NHS workers became ill or self-isolated.

The average ambulance response for the most serious emergencies took nine minutes and 13 seconds in December, well above the seven-minute target, although the London Ambulance Service averaged seven minutes and nine seconds, with the best response in the country .

However for the second category of emergencies – which can include heart attack and stroke – crews took more than 52 minutes in London and 53 minutes nationwide. The target is 18 minutes.

NHS England said staff responded to 82,000 “category one” life-threatening emergencies during the month, a record number.

“Thanks to a decade of Tory mismanagement, the NHS was unprepared for the pandemic and had no spare capacity when O’Micron hit.

“Now patients are paying the price, waiting months and years for treatment, often in pain, discomfort, and discomfort.”

However, more than 1.4 million people began hospital treatment during November – the highest figure before the pandemic.

NHS England said the decision to prioritize patients with the longest waits saw a month-on-month reduction of 1.8 per cent in those who had been on the waiting list for more than a year.

Professor Stephen Powis, NHS England’s national medical director, said: “Omicron has at the same time increased the number of people in hospital with COVID, as well as a drastic reduction in the number of staff able to work.

“Despite this, once again, NHS staff pulled out all stops to continue services for patients – there have been a record number of life-threatening ambulance call outs, we have vaccinated thousands of people every day and this is routine. Is on top of delivering efficiently. Continue to take care and recover the backlog.”

There has been a demand by businesses to shorten the period of self-isolation to deal with problems caused by employees being unable to work.

Modeling by the UK Health Protection Agency found that a reduction in the isolation period – subject to two negative lateral flow tests – would only lead to a marginal increase in the risk of being contagious to people returning to work.

Eight percent of people will still be contagious after five days, compared to six percent after seven days.

About 46,000 NHS workers were off work for a day last week due to COVID.

The RCN said the government’s own impact assessment warned that up to 73,000 staff could be lost in the NHS because of mandatory vaccinations for staff who have direct face-to-face contact with patients.

Employees who are not currently vaccinated will have to give their first dose by February 3 to comply with the rules, or face redeployment or dismissal.

RCN’s general secretary, Pat Cullen, said: “We are calling on the government to recognize this risk and delay a move that seems counterintuitive by its calculations. Dismissing valuable nursing staff during this crisis is self-inflicted. There will be an act of sabotage.

“Encouraging people to get vaccinated is the best way to promote vaccines.”