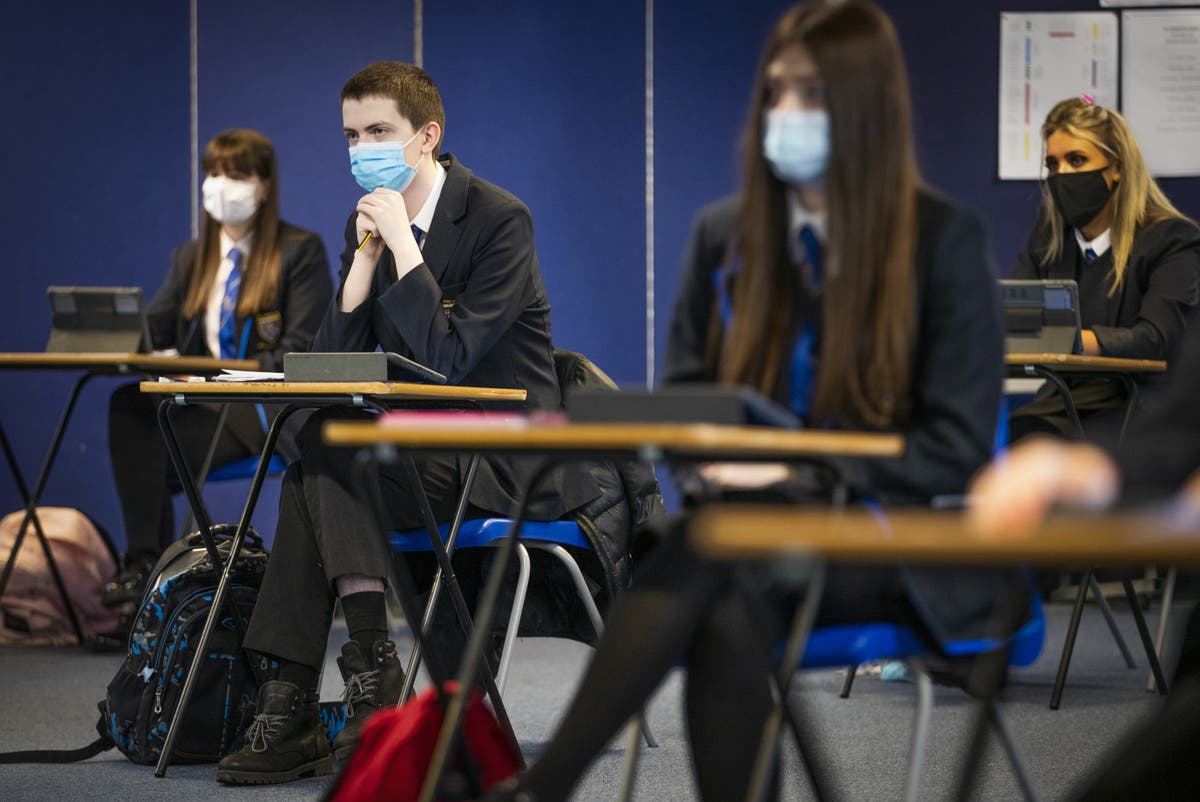 Nadim Jahvi has told MPs that teaching should be face-to-face to give children the best learning experience.

He added: “We must do everything we can, do everything in our power to keep all education and childcare settings open and teach individually.”

Outlining measures for schools in England as the new term begins, the minister said: “Schools will face some degree of staff absenteeism.

“At the end of last year that figure was about 8% of the workforce, and probably with increasing cases at school and certainly younger people as we return to school.”

We must do everything we can, do everything in our power to keep all education and childcare settings open and to teach individually

Last month, the education secretary had called for former and retired teachers to return to the classroom as part of efforts to tackle the staff shortage.

Mr Jahvi said the first volunteers of former teachers have returned to schools – including MP Carolyn Ansel for Eastbourne and MP North Jonathan Gullis for Stoke-on-Trent.

But he told lawmakers he would have a “better idea” on the exact number of former teachers coming “by the end of this week”.

Students across the country are returning to class this week after a festive break, with new advice for secondary school students in England to wear face coverings at lessons due to a rise in Covid-19 cases.

School leaders have voiced their concerns that the new term could worsen staff shortages and further hamper children’s education.

Some schools are reporting that one in five staff members may be missing after the Christmas break.

Ahead of the start of the term, the Department of Education (DFE) told principals they could consider “combining classes” in the event of staff shortages to maintain face-to-face teaching.

But a coalition of unions has suggested that schools that regularly ask staff to teach more pupils in merged classes amid shortages should be challenged.

A “safety checklist” of five trade unions representing teachers and support staff says merging classrooms “should not be adopted” as it would “increase virus transmission” and lead to “further disruption”.

The advice – from the National Association of Education (NEU), NASUWT Teaching Association, Unison, GMB and Unite – urges teachers to regularly accept additional pupils by combining classes “immediately” to extend it with their union.

It comes as Mr Zahvi asked chiefs to consider merging classes, or sending groups of children home if the workforce due to COVID-19 reaches critical levels.

Addressing the re-introduction of face masks in classrooms, Mr Jahvi acknowledged to lawmakers on Wednesday that the situation was “not ideal”, “distracting for children” and “great for the well-being of any child”. Wasn’t.

He said he has appointed his department to conduct research on the effect of wearing masks on children.

But Mr Jahvi said wearing face coverings at school “will help reduce transmission at a time when infection rates are high”.

He said, “My department has also looked at some observational data from a sample of 123 schools where face coverings were used in the autumn period and found that compared to those where students did not wear face coverings, There was more reduction in the absence of covid cover.”

The education secretary said face coverings in the classroom would be recommended “at least for the time being” and added that he hoped they could be removed after reviewing the data on January 26.

Mr. Gullis sought assurance from Mr. Jahvi that the exam would go ahead.

The Education Secretary replied: “I can absolutely give them that assurance.”

Ms Phillipson told the House of Commons: “Children have to be wrapped in their coats to learn. It’s incompetent, gratifying and inadequate. Our children deserve better.”

She continued: “On vaccination, on December 30 only half of children 12 and older even got their first vaccination. Now, we’ve seen with a booster jab last month what can be done if there is political will But our children have never been a priority for this government.