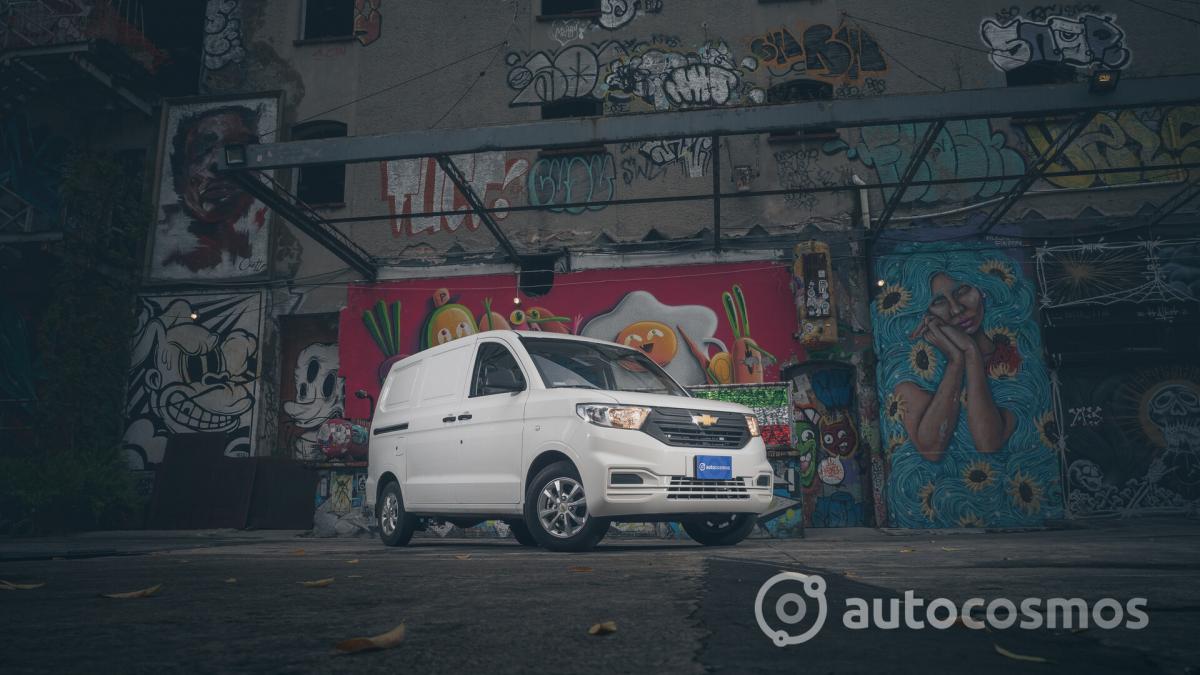 This truck is made in China by SAIC-GM-Wuling joint venture; In its domestic market it is known as the Wuling Hong Guang Wei, while for export markets it carries it as the Chevrolet N400, Mexico being the only country to have it as the Tornado van, although in fact Beyond the logo and name, it has nothing to do with that little pickup that was recently sold in our country. It can be described as a kind of indirect successor because, regardless of the conversion, it allows you to offer an accessible work vehicle.

The lack of extreme forms is the simple reason these vehicles demand versatility and not design. Unlike the RAM Promaster Rapid, which is its main competitor, we have that the Tornado van is not a derivative of either car, but rather, indicating that all development of the vehicle was destined to be a commercial vehicle from scratch. which, moreover, it was as accessible as possible.

This is evident when one looks at the interior space of the caves, which is huge considering the dimensions. But apart from that, we also have two sliding side doors, which are a difference in this segment. Although the tailgate is not divided into two halves, but like any hatchback, its opening is made completely upwards. This is perhaps the most controversial section, on the functionality side, as it complicates loading tasks, for example, a forklift. But all is not lost, because unlike most working vehicles it has a glass medallion, which improves visibility. The floor is covered with a washable material that allows items to slide through without breaking.

The cabin is separated by a grille that, although it serves its load-keeping function perfectly, is not attractive at all (it looks like ironwork) and is, in fact, unlike the Ford Courier, which It’s modular, it’s fixed, so it lacks functionality. In addition, anchor points steal valuable centimeters from side access.

In terms of ergonomics, there are no complications, everything is within hands’ reach and not that much to talk about. We have manual air conditioning and a sound system that is simple and shaped like those devices from the nineties. Due to the profile of the vehicle, it’s good that it has a radio and a USB port, but the absence of Bluetooth is not understandable, which could well be considered a work device.

At the wheel we have a comfortable and high driving position. The first thing that stands out is your panoramic visibility from the front. It is easy to customize and the vehicle has total command. This is where it is reaffirmed that it is a commercial vehicle from the very beginning.

Steering is smooth, while good travel from the 1.5-litre four-cylinder power and five-speed manual gearbox, coupled with its compact dimensions, make it agile around town. The suspension is designed for abuse and effectively absorbs irregularities in the road. Bumps and ridges are no problem.