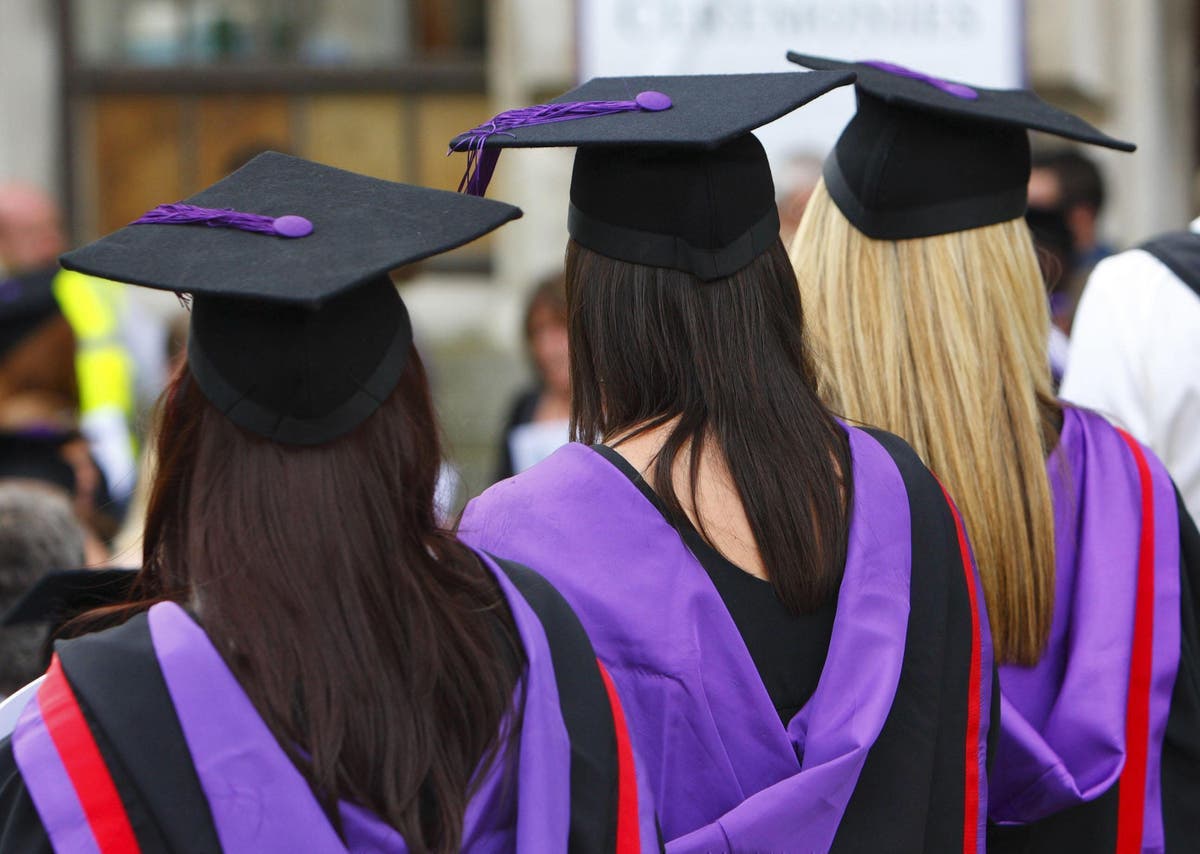 One report suggests that universities that use “first position in the family” when offering students run the risk of accelerating “existing education inequalities”.

According to a paper published by the Higher Education Policy Institute (HEAP) think tank, the “flawed” indicator is self-proclaimed and unverified.

Students who are the first in their families to attend a higher education institution are nearly two-thirds of young graduates in England, the research found.

is that use of the term “first generation” does not accurately capture the socio-economic status of individuals while often used as a “proxy for low income”.

The term also applies to people who come from black and minority ethnic backgrounds, who attend higher education at higher rates, whose ethnicity is white British.

The report warned that using first position in the family to make relevant offers to potential students for university admission “risks further widening inequalities” between white British and black and ethnic minority groups.

It says: “It is reasonable to believe that the use of the term first generation in relation to relevant propositions threatens to intensify existing education inequalities.

“Focusing on the first students in the family in isolation is unlikely to make things much better.”

The report said the use of parental education in relevant admissions is constrained by the fact that it is self-reported and difficult to “independently verify”.

“If first-generation status is used to make relevant propositions such as ‘high-stakes’ decisions, it would provide a clear incentive for young people to misreport,” the report said.

But when it comes to support, the paper suggests that parental education may be a “useful indicator” for targeted policy interventions as compared to graduate parents of first-generation students with free school meals (FSMs). more likely to qualify.

The report recommends that highly selective universities may provide more support to first students in their families by “secretizing” their relevant admissions, and institutions may also engage specific outreach to parents of underrepresented groups in higher education. Can be given.

“Furthermore, there is no reliable way to verify whether someone is the first person in their family to attend university, which means that one can claim to be the first in the family or not.”

He continued: The weight that is placed on the position of “first in the family” is matched by the lack of transparency in how it is exercised at highly selective universities in their recruitment.

“We must avoid focusing too much on one unreliable indicator and too little on other measures.

“In the future, we should use first-in-family only as a light-touch indicator for loss because it is so flawed, while placing more emphasis on better measures such as free school meals.”

Dr Holly Chandler, Head of Policy at Russell Group, which represents the most selective institutions in the UK, said: “First-in-family data is a useful tool, but it needs to be part of a basket of ways to measure success. There is a need to expand participatory activities.

“This is the approach that universities in the Russell group already take, looking at first in the family as well as other measures such as free school meal entitlement and care leaver status.

“Unrepresented and disadvantaged students are not a homogeneous group and any single measure will struggle to capture the diverse needs and barriers of caregivers to access to higher education.

“The work our universities do to help more youth progress into higher education reflects this fact.”

A University UK spokesperson said: “Universities are central to social mobility and are committed to broadening access to higher education so that students from all backgrounds can achieve the best results in both entry and progression to university.

“Institutions invest significantly in England to help deliver this, including access and participation plans.

“Disadvantages can be measured in a variety of ways, but statistics now show record admission rates for 18-year-olds starting university from the most disadvantaged backgrounds, including access to free school meals.”