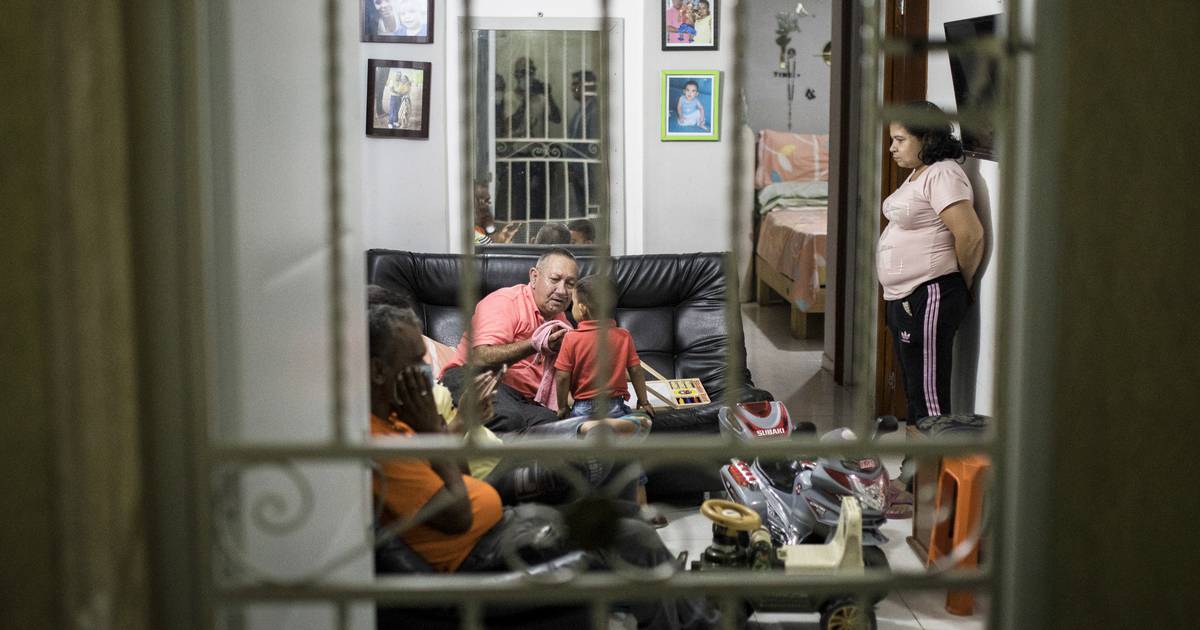 for the first time in years Victor Escobar stopped taking most prescribed medications, including a medicine to stop bleeding caused by a lung disease. You won’t need them anymore. Escobar on Friday night became the first Colombian to achieve euthanasia without a terminal patient.

“I feel so at peace, I don’t fear what’s to come,” Escobar, 60, told the Associated Press hours before he died. ,I have been told that the procedure will be slow sedation at first, so that I have time to say goodbye. Then there is euthanasia injection, which would be painless, a very peaceful death. I trust in God that it is all like that,” he said in a soft voice resisting the stomach ache.

His lawyer, Luis Giraldo, confirmed the death of his client.

Escobar is the first beneficiary of the Constitutional Court’s landmark decision, which in July 2021 changed the rules of Euthanasia in the country and allowed it to be applied to those who are suffering from severe physical or mental suffering due to a serious and incurable disease, without coming to the final stage.

Colombia decriminalized euthanasia in 1997, but only for patients who lived less than six months.

From his apartment in Cali, where he was born and died, Escobar is aware of the importance of his case, unprecedented in Latin America: “It is an opportunity for a patient like me to fight with degenerative diseases. An honorable death”.

Countries such as El Salvador, Bolivia and Panama do not allow euthanasia, nor does Peru, although judges there made an exception last year with a woman suffering from an incurable disease that only applied to her case. In Chile, Congress is processing a bill that would allow this and which still requires Senate approval. Euthanasia is not authorized in Argentina and Mexico, but there are laws that allow patients to refuse treatment in order to artificially prolong their lives in the event of suffering.

Escobar’s diseases no longer stopped even with morphine. She received palliative care, and although it worked at first, it no longer had the same effect. Chief among them was the two strokes he had in 2008, which caused him to lose the mobility of half of his body, although he later recovered partially. Then was added chronic obstructive pulmonary disease (COPD) for which he was dependent on oxygen for breathing. He also suffered from hypertension, diabetes, severe osteoarthritis and chondrocostal joint syndrome.

His legal battle for euthanasia began two and a half years ago. He was twice refused by clinics and judges for not meeting the requirement to be in the late stages of his illness.

“It was a complex issue facing justice, political parties, religion and many people in power who only had the media,” Giraldo told the AP.

This was a reserved procedure and the name of the clinic where it was performed was not released.

Assisted Death, Although Legal, is stigmatized in Colombia, as in the case of Martha Sepulveda, who canceled the procedure in October 2021, hours before she was due. One reason for this was his presence in the media, which caused the clinic’s medical committee to change its initial decision. Sepulveda, who suffers from amyotrophic lateral sclerosis, was the first non-terminal patient to receive euthanasia. The process has already been approved by a judge, but has yet to be completed.

Escobar said goodbye to his three children, his wife, his brother and their cousins ​​over lunch. “I am going to take this opportunity to thank them for their family’s warmth and their company and in my name… I love my family with all my soul. It will be a happy day for us and I hope That it would be something very personal.”

Escobar decided to raise the banner of defense of euthanasia so that it was not a legal battle but an effective right.

His message was aimed at doctors and politicians, especially Congressmen, to pass laws governing euthanasia in non-terminal patients. The Colombian Congress once again rejected a bill in November calling for regulating the right to an honorable death by failing to obtain the necessary votes to continue its process.

Congressman Christian Garce explained to the AP that he opposed the bill because he believes it is an issue that cannot be taken “lightly” and that if it is approved, it would be so Not in favor of patients but in favor of companies providing medical services. Because from these they will be “redeemed” from the cost of millionaires for the treatment of diseases.

“If euthanasia is opened up as a medical practice, we will legalize murder, where abandoned and submissive people take their own lives and many health professionals and companies will not be able to appeal their sincere objection because of a law They are needed for that,” he added.

Although the polls show less and less resistance to euthanasia, there is a segment of the Colombian population that disapproves of it. The Catholic Church issued a statement in July in which it said that “any act or omission intended to cause death in order to suppress pain is a murder.”

Whatever the case, Escobar stood by his decision.

“If we ask for a dignified death, it is because the fatigue from all ills has already taken us away, for life has long ended for us”, he lived on the couch of his simple house, the debt of which he repaid with a pension of $250.