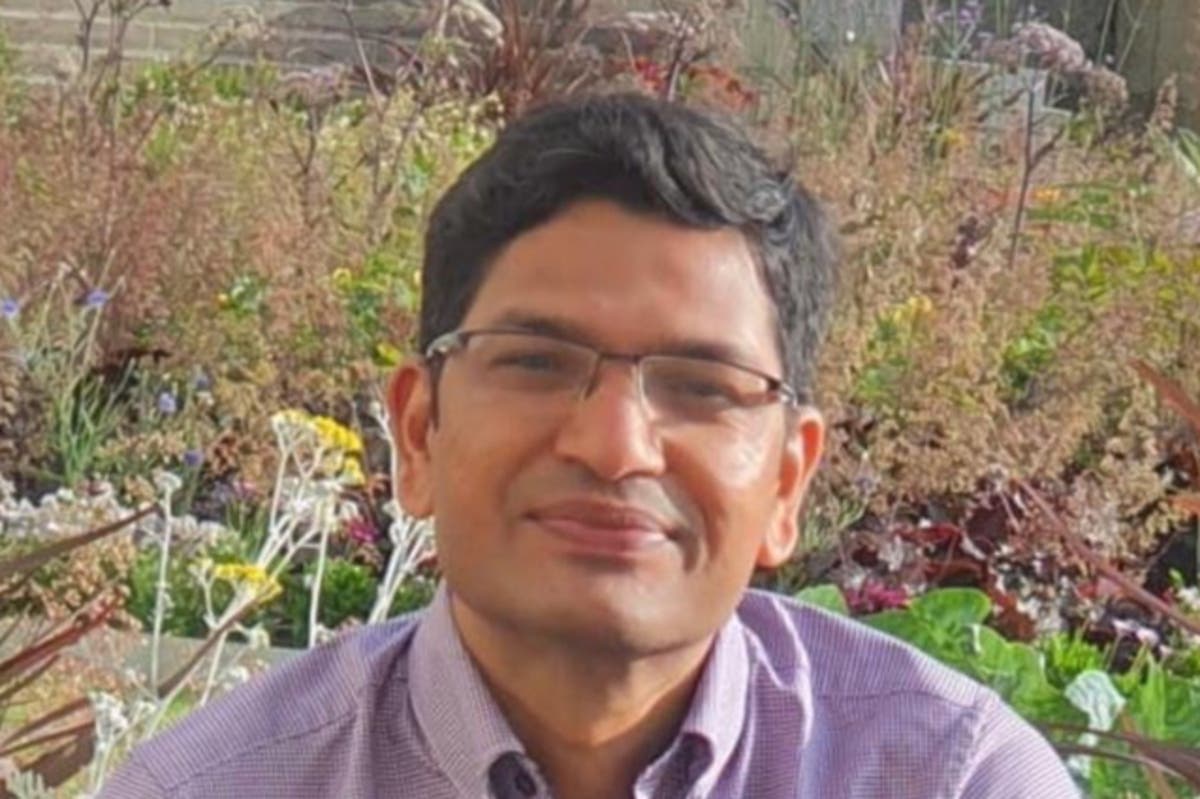 A shopkeeper honored by the queen for her important task of delivering essential goods to vulnerable families during the pandemic is facing exile.

Vimal Pandya, 41, worked 20 hours a day serving 55 families at Halai General Stores in Rotherhithe, while he was barred from employment and living in “constant fear” as he left the home office to stay in the country. The battle was fought.

He told the Standard: “I was scared like everyone else but I put it aside. I was praying to God to take care of me.

“But I thought someone needed to step in. People were taking advantage of the pandemic by charging 1,000 per cent more for toilet paper and hand sanitizer. But I didn’t take a single penny extra. They are my family away from home. “

His work was recognized on 12 February this year when he received a letter from Sir Kenneth Olissa, the Queen’s personal representative in Greater London.

The letter read: “It has come to my attention that you are one of those who have gone above and beyond the call of duty to help others during the COVID-19 pandemic.

“That’s why I am writing to thank you personally for all your efforts and to encourage you to continue to make a positive difference to Londoners.”

Mr Pandya said: “I could not dare to dream of being recognized by the Queen. I had to check several times that the letter was actually meant for me.

“I used to cry for hours but couldn’t tell anyone why exactly I was crying. I was in this situation.

“I was afraid every single day that I would not be found out. I was living in constant fear that someone would knock on my door and everything would be taken away from me.

“When they took me away from my workplace. This is not good. Everyone was wondering where I am.

“I didn’t open up or tell anyone because I was embarrassed that I was facing this situation.”

He added: “I am mostly staying indoors now. I’m 2-3 hours as a volunteer at Sue Rider doing a few shifts just to keep busy

“I don’t dare to dream, I am an ordinary person who wants to lead a normal, normal life. I am a folk person and I like to be with people.”

Mr. Pandya, a stockbroker in India, came to the UK for a “fresh start” after several of his friends committed suicide following the global financial crisis in 2008.

After coming to the UK from India in 2011 to study as a banker, Vimal was denied re-entry after returning home in April 2014 to pick up a sick relative of his parents.

UK Border Force agents informed him that the college where he was studying had lost his right of sponsorship, but neither the college nor the Home Office informed Mr. Pandya.

Mr Pandya was left unable to obtain further sponsorship, after agents at London City Airport retained both his passport and biometric residence permit.

It was only after his visa expired in March 2015 that Mr Pandya was directed to assist a lawyer in the matter, and that the Home Office had reduced his initial stay till 9 June 2014, which was It had already passed.

“During the 2020 lockdown, my young family and I saw Vimal more than any of our closest relatives,” said Tom Chivers, a local Southwark resident.

“He was a shining light in the darkness of the pandemic, providing practical assistance along with a friendly welcome to save the vulnerable and people in our community. I call on the Home Office to rescind his decision and allow Vimal to continue serving the people of his home Rotherhithe for 11 years, as he has done so bravely during the most difficult times in our living memory.

Diane Ferguson said: “I know her” [still] Regular checks on at least one local resident. This woman lost her husband during COVID and his help is invaluable.

“She is much loved and appreciated by everyone in our community and returning her to India when her present condition is not hers but due to government administrative errors would be a mockery of justice.”