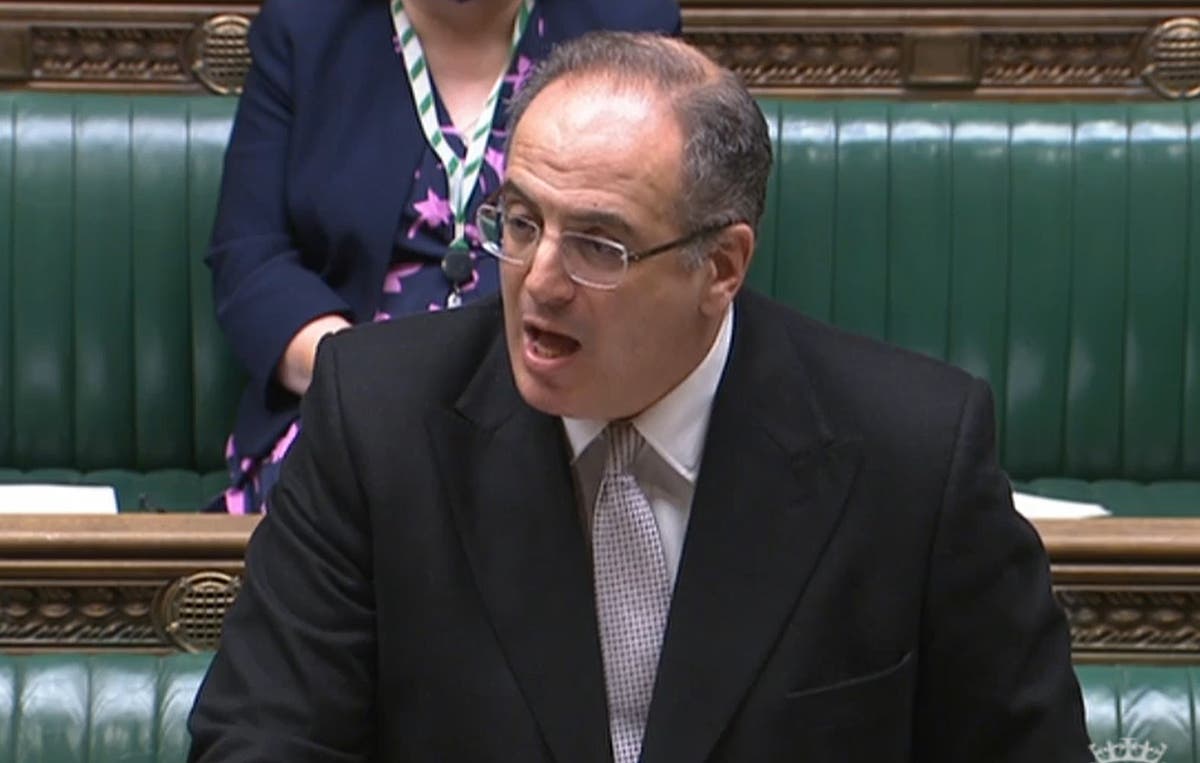 A former Tory minister has urged Orris Johnson to ensure that “all dirty linens” are “washed at once” in connection with allegations from Downing Street parties.

The prime minister also faced calls to resign after being elected against answering Labor’s immediate Commons question about a gathering in Downing Street Garden on 20 May 2020, while his whereabouts were investigated.

Cabinet Office minister Michael Ellis was sent out to answer and was continually harassed by opposition lawmakers, who outnumbered those on the Conservative bench and asked most of the questions during the session.

Mr Ellis confirmed that the May 20 “bring your own wine” incident, which invited more than 100 employees according to a leaked email, is being investigated.

But he said publication of the findings of the Whitehall Party investigation, led by senior official Sue Grey, could be delayed because of a growing number of allegations to be considered.

Sir Christopher Chope, a former conservative minister, asked: “Why can’t all the dirty linens be washed at once? Why are we getting this drip, drip feed of parties?

“Surely the civil service should have known that there was a party on May 20 and they should have already sent it for investigation?”

Mr Ellis said: “We have a number of dates that have come out at different times and, possibly, delays in matters will have an effect.”

Before, “Where is he?” With regard to Mr Johnson’s slogan, Speaker Sir Lindsay Hoyle said: “It is quite clear that this is not the Prime Minister so we do not need to ask that question.”

And he said of Mr. Ellis: “However hard work he’s got, don’t make it hard for him.”

“It is incredibly disappointing, but not surprising that the prime minister to whom I asked this question is not here today with no official program,” he said.

“The public has already drawn their own conclusions. He can run but cannot hide.”

Ms Rainer said: “There is no need to examine the simple central question today: Did the Prime Minister attend the event in Downing Street Garden on 20 May 2020? It would not be fair to blame some junior civil servants for this – the Prime Minister sets the tone.

SNP Westminster leader Ian Blackford said: “This is one of the most serious cases because it is a prime minister who has been accused of breaking a law that he himself has determined.

“It couldn’t be more serious.”

Mr Blackford said: “This is a prime minister who has lost his moral authority.

“He does not deserve the respect and trust of the people of these islands.

“If he won’t do a good job and believes he should resign, I tell the minister and I tell the Conservative backbenchers that he must do what the prime minister has failed to do and has forced him into office. – And do it now.”

Former Labor minister Dame Angela Eagle joked: “Maybe it will be faster if Sue Gray examines the days where there were no parties.”

DUP MP Jim Shannon (Strongford) told the Commons: “In Northern Ireland we reached the milestone of 3,000 deaths due to COVID last week, including my mother-in-law who died alone.”

Mr. Shannon struggled to continue with his question before sitting back.

He added: “She died alone in the hospital while I was sitting outside in the car, trying to be as close to her as I could.”

Labor’s Richard Bergen (Leeds East) said: “The inescapable truth that the public believes the Prime Minister is a bundle that carries with him contempt is a crisis of public confidence.

“Isn’t the only way to restore public confidence for the Prime Minister to act in the public interest for once and resign now?”

Mr Ellis replied: “I don’t think the public believes what it believes.”